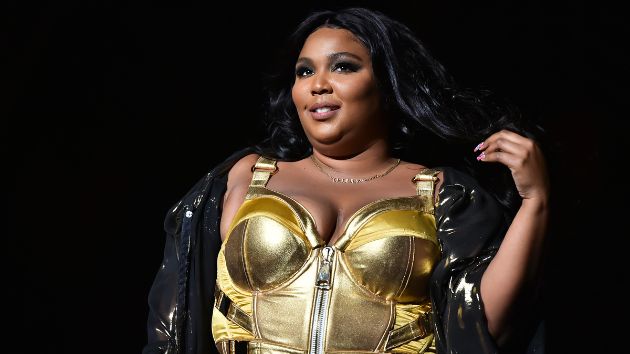 Lizzo has a brand-new album out now called Special, and to celebrate, the “About Damn Time” singer recorded a segment for Jimmy Kimmel Live! called “Undercover Sing,” where she surprised some of her fans by appearing to them in person.

The unsuspecting “Lizzbians” were told they were chosen to listen to Lizzo’s new album and have their reactions recorded for a fake website. What they didn’t know was that Lizzo herself was actually watching them from the next room.

As each person listened to one of the songs, Lizzo serenaded them with improvised lyrics tailored just for them, then snuck up behind them.

One of the funniest moments came when she stood directly behind a young man named Mike, who failed to realize it, even as Lizzo fed him hints like “I’m somewhere in this room.” It wasn’t until she jumped up and yelled, “Michael, turn around!” that he spotted her.

The participants were also surprised with tickets to Lizzo’s show at the Kia Forum in Los Angeles.