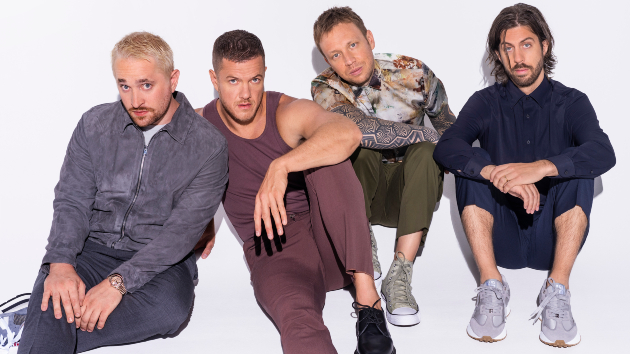 Imagine Dragons will be performing during the 2021 Game Awards, which celebrate the year’s best in video games.

It wasn’t announced what Dan Reynolds and company will be playing, but it seems likely we’ll hear a rendition of “Enemy,” a song ID recorded for the Netflix animated series Arcane, which was inspired by the League of Legends video game.

A tweet from the Game Awards also promises that Imagine Dragons will be joined by “very special surprise guests.”

The 2021 Game Awards will be held December 9 in Los Angeles. For more info, visit TheGameAwards.com. 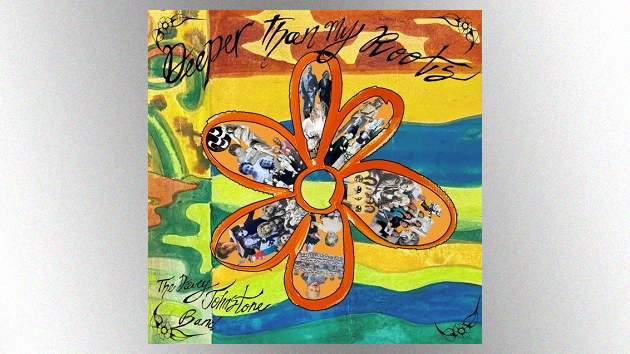 The project was a true family affair, as Johnstone’s youngest son, Elliott, sings lead vocals on most of the album, his son Charlie recorded many of the basic tracks at his home in California and contributed keyboard and backing vocals, and his son Jesse played drums on some of the songs.

In addition, Davey collaborated with his oldest son, Tam, and Jesse to write, record and produce the two instrumental tracks that are featured on the album: “Black Scotland” and “Walt Dizney.”

Johnstone has premiered the lead single from Deeper than My Roots, the melancholy “Melting Snow,” which is sung by his son Elliott and features Davey’s longtime Elton John band mate Nigel Olsson on drums. The song is accompanied by a lyric video that debuted at the Spirit of Unicorn Music label’s official YouTube channel.

Former Paul McCartney and Wings drummer Denny Seiwell also lent his talents to three songs. The album includes a pair of bonus tracks, including a cover of The Beatles‘ “Here, There and Everywhere.”

Johnstone recorded Deeper than My Roots while Elton’s Farewell Yellow Brick Road Tour was forced off the road because of the COVID-19 pandemic. The trek is scheduled to relaunch on January 19 in New Orleans.

Davey’s only other solo album, Smiling Face, was released in 1973. You can pre-order Deeper than My Roots on CD now at CherryRed.co.uk.

Bonus Tracks
“Here, There and Everywhere”
“All the Time in the World” 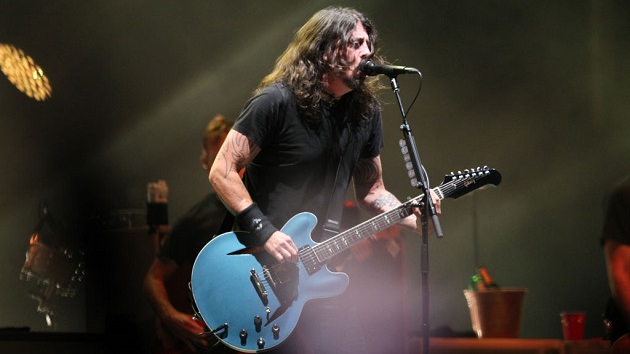 Dave Grohl and Greg Kurstin have released a cover of Billy Joel‘s “Big Shot” for night six of their Hanukkah Sessions series.

“While he claims a secular Long Island upbringing (and has songs full of Catholic and Italian imagery), Billy Joel remains one of the great Jews of musical scripture,” Grohl says of the Piano Man.

You can watch the “Big Shot” cover streaming now on YouTube. Is there a kazoo solo? You’d better believe it!

Grohl and Kurstin launched ﻿The Hanukkah Sessions﻿ in 2020 with covers of eight different Jewish artists for each night of the holiday. This year’s series has so far included Lisa Loeb‘s “Stay (I Missed You),” the Ramones‘ “Blitzkrieg Bop,” Barry Manilow‘s “Copacabana,” Van Halen‘s “Jump” and Amy Winehouse‘s “Take the Box.” 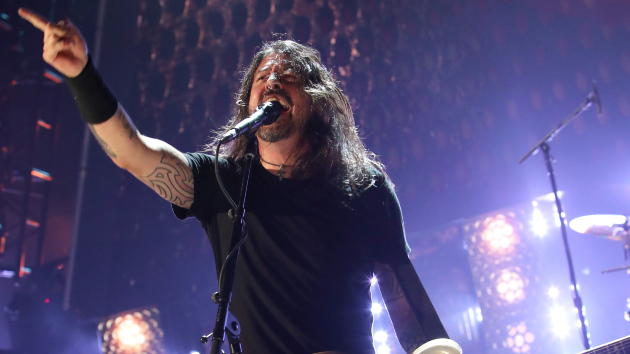 Dave Grohl and Greg Kurstin have released a cover of Billy Joel‘s “Big Shot” for night six of their Hanukkah Sessions series.

“While he claims a secular Long Island upbringing (and has songs full of Catholic and Italian imagery), Billy Joel remains one of the great Jews of musical scripture,” Grohl says of the Piano Man.

You can watch the “Big Shot” cover streaming now on YouTube. Is there a kazoo solo? You’d better believe it!

Grohl and Kurstin launched ﻿The Hanukkah Sessions﻿ in 2020 with covers of eight different Jewish artists for each night of the holiday. This year’s series has so far included Lisa Loeb‘s “Stay (I Missed You),” the Ramones‘ “Blitzkrieg Bop,” Barry Manilow‘s “Copacabana,” Van Halen‘s “Jump” and Amy Winehouse‘s “Take the Box.”

In related news, HAIM has released a new version of Adam Sandler‘s classic “The Chanukah Song.” The sister trio updated the lyrics with shout-outs to a few more modern celebrities, including Eugene and Dan Levy, Doja Cat and Timothée Chalamet.

The HAIMukkah version also includes references to current events, such as “Don’t get Omicronukkah” and “RIP Stephen Sondheimukkah.”

Sandler we love you pic.twitter.com/QGBAwqOZld 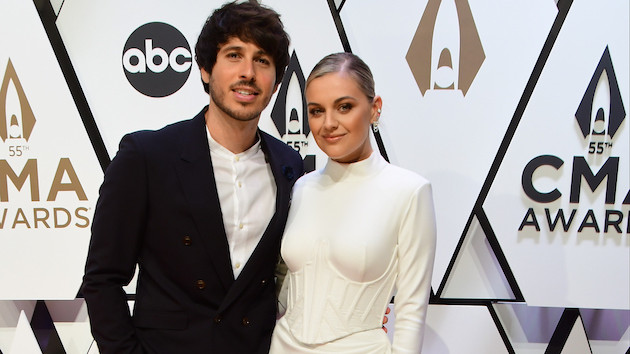 Kelsea Ballerini and her singer-songwriter husband, Morgan Evans, marked four years of marriage on Thursday, and she celebrated by sharing a snapshot of the two of them together.

In the caption of her post, Kelsea shared her feelings for her husband in a few words: “You are etched into me / A heart carved on a tree / permanent,” she wrote.

It makes sense that the singer would want to share her feelings through rhyme: This year, she dove into the world of poetry, temporarily trading her guitar for pen and ink to release her new collection of poems, Feel Your Way Through. In the book, she explores themes of body image, relationships, personal growth, family dynamics and more.

Morgan shared the same snap on his Instagram, with an equally heartfelt — if not quite as poetic — caption.

“Happy Anniversary baaaaaabe!!! 4 years on this crazy, beautiful, winding road together…and I wouldn’t wanna be riding it with anybody else! I love you,” he wrote.

Fans who saw Kelsea and Morgan’s anniversary picture may have been surprised to see that the singer has made a big switch in her appearance, too, trading in her trademark blonde locks for a brunette look. In a previous post, she explained that her blonde hair is “hibernat[ing] for the winter,” calling her darker hairstyle “au naturale.” 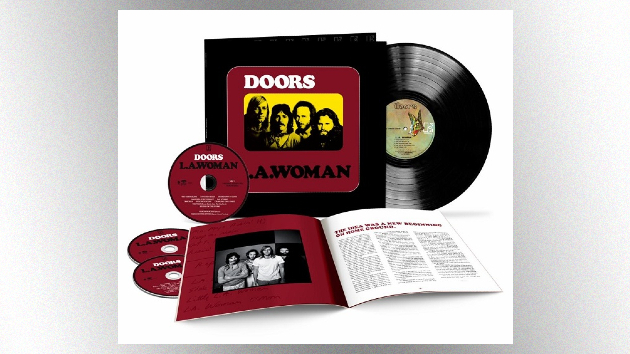 The deluxe 50th anniversary reissue of The Doors‘ classic 1971 album, L.A. Woman, got its release today.

As previously reported, L.A. Woman: 50th Anniversary Deluxe Edition is available as a three-CD/one-LP set featuring a newly remastered version of the album on CD, two bonus CDs of unreleased studio outtakes, and the new stereo mix of the original album pressed on 180-gram vinyl.

To celebrate the reissue’s release, the first-ever official music video for the Doors hit “Riders on the Storm” has premiered at the band’s official YouTube channel.

The clip, directed by the award-winning team of Brendo Garcia and Adriano Gonfiantini, combines live-action footage with digital animation and follows a mysterious woman as she takes a surreal, psychedelic journey on a motorcycle through the California desert and into Los Angeles.

The video features a number of Easter eggs alluding to aspects of Doors history, including a woman tied crucifixion-style to a streetlight, a reference to the image that appears inside L.A. Woman‘s original gatefold sleeve; Barney’s Beanery, one of Jim Morrison‘s favorite LA-area bars; and the Alta Cienega Motel, where Morrison once lived.

Other classics songs featured on L.A. Woman include the hit “Love Her Madly,” the title track, and “The Changeling.”

Among the unreleased tracks is the original demo of “Riders on the Storm,” and covers of Junior Parker‘s “Mystery Train,” John Lee Hooker‘s “Crawling King Snake,” Big Joe Williams‘ “Baby Please Don’t Go,” and Lee Dorsey‘s “Get Out of My Life Woman.” Also among the bonus tracks are multiple consecutive takes of “The Changeling,” “Love Her Madly,” “Riders on the Storm” and “L.A. Woman.”

In related news, L.A. Woman has just been RIAA-certified triple-Platinum for album equivalent sales of three million copies in the U.S. 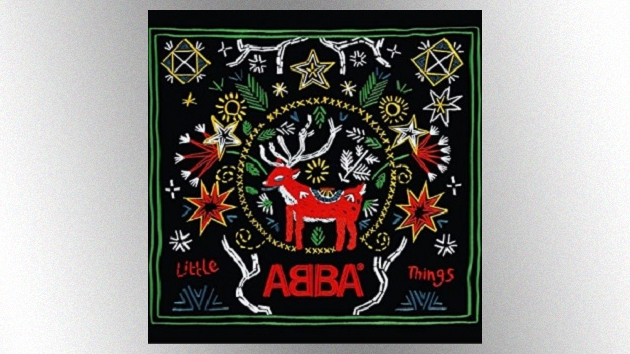 Next year will mark ABBA‘s 50th anniversary as a band.  Just in time for that major milestone, the Swedish superstars have released their first, official Christmas song, “Little Things.”

The gentle tune centers on the joy parents feel waking up on Christmas morning and imagining what it’ll be like to watch their children open presents under the tree.

ABBA also delighted fans on Friday with the track’s official music video, which follows a group of school-age children putting on their own ABBA tribute concert using motion-capture technology and other innovations.  The group says they wanted to honor the “next generation of geniuses” who will harness future technological advances to stage even greater shows.

“Little Things” is featured on ABBA’s new album, Voyage, which is their first in 40 years. The track is available to stream and purchase now.  Proceeds from the single will benefit UNICEF’s Global Child Protection Fund.

The group released a joint statement Friday explaining why they wanted to turn the track into a charity single.

“We think it is impossible to eradicate poverty without the empowerment of women. That’s why we support UNICEF in protecting girls from sexual violence and empowering them through the Global Child Protection Fund,” Agnetha Fältskog, Björn Ulvaeus, Benny Andersson and Anni-Frid Lyngstad said.  “We have done so for many years with our song ‘Chiquitita’ and now we have decided to give Unicef a Christmas gift in the form of a second song: ‘Little Things’ from our album Voyage.” 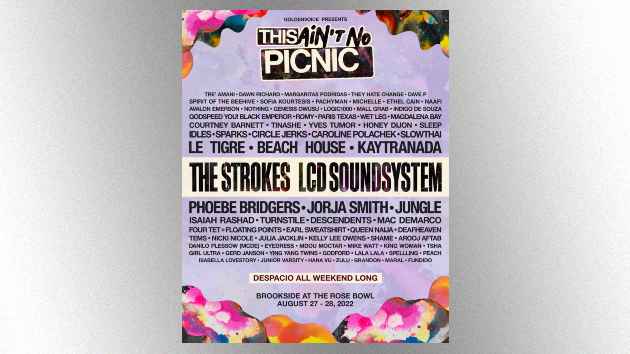 The Strokes and LCD Soundsystem are headlining the revived This Ain’t No Picnic festival.

Originally launched in 1999 by Coachella promoters Goldenvoice, This Ain’t No Picnic has been on hiatus for the past two decades. It’s now set to return in 2022, taking place August 27-28 at the Brookside golf club outside the Rose Bowl in Pasadena, California.

Registration for pre-sale tickets is open now. For the full lineup and all ticket info, visit ThisAintNoPicnic.com. 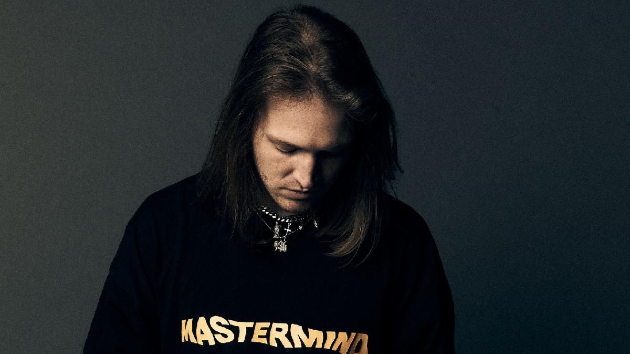 The defiant track finds the “Adrenaline” artist declaring, “I’m not making your decisions/ Because you’re everything I’m not.” You can download it now via digital outlets.

“I’m Not” follows Zero’s EP …If You Don’t Save Yourself, which was released earlier this year. In addition to the top-three Billboard rock single “Adrenaline,” the set includes collaborations with Blink-182‘s Travis Barker and Hollywood Undead.

Zero’s also released collaborations with We Came as Romans and Atreyu.

You can catch Zero 9:36 on his current tour with Neck Deep, which wraps up December 11 in Worcester, Massachusetts. 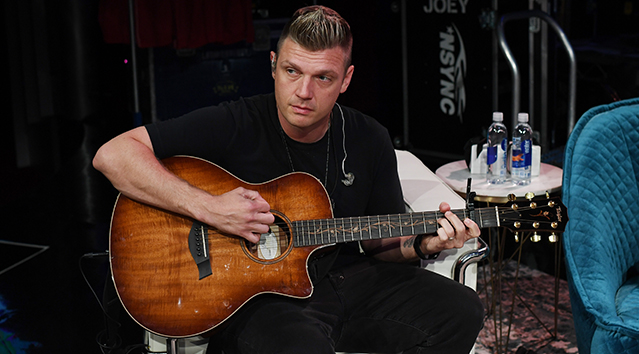 ﻿Backstreet Boys ﻿star ﻿Nick Carter ﻿has opened up about one of the “scariest” moments in his life, when his newborn daughter, ﻿Pearl﻿, spent five days in the neonatal intensive care unit.

Speaking with People, the singer recalled the traumatic moment following his daughter’s birth in April. His wife, Lauren, had been “experiencing some minor complications” while in labor, and there were further problems after Pearl arrived.

“To see your child being born and then having to be put in the NICU … it’s the scariest thing,” Nick explained. He called the five days Pearl spent in the NICU “really emotional” and noted they were waiting for her oxygen levels to rise, but declined to go into further detail about her condition other than saying, “It was tough.”

Pearl, who is now seven months old, is now home and enjoying life with her two other siblings, five-year-old Odin and two-year-old Saoirse.

After experiencing such a scare, Nick calls it a “blessing” to watch his baby grow up healthy, adding, “I’m very happy that she’s here in our lives and we will do everything that we can to make sure that all of our kids are protected and love.”

Nick hopes that, by sharing his daughter’s story, he can “help someone else feel a little better if it did happen to them. You can make it through. Maybe that’s a silver lining.”

Nick will host Home 4 the Holidays, a virtual dinner and singalong, on December 16 to benefit the Cure 4 the Kids Foundation, a nonprofit that aims to cure and prevent childhood diseases.