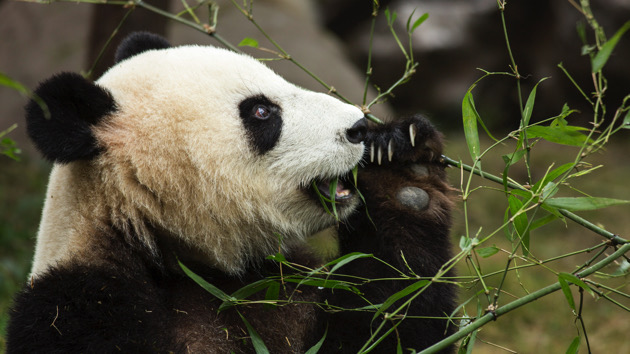 (HONG KONG) — An An, the world’s oldest giant male panda in captivity and under human care, has died at the age of 35 in Hong Kong.

According to officials at Hong Kong’s Ocean Park where An An had spent the majority of his life, his health had deteriorated progressively over the past several weeks when his caretakers observed a noticeable decrease in his daily physical activities and food intake. By July 17, officials said he had stopped taking in solid foods altogether and was only consuming electrolyte beverages.

“His condition reached a humane endpoint that based on animal welfare reasons, veterinarians from Ocean Park and the Agriculture, Fisheries and Conservation Department made the difficult decision to perform the procedure of humane euthanasia on An An after consulting the China Conservation and Research Centre for the Giant Panda,” read a statement from Ocean Park Hong Kong on social media.

The procedure was carried out at approximately 8:40 a.m. at An An’s home in The Hong Kong Jockey Club Sichuan Treasures at Ocean Park. His age of 35-years-old is roughly equivalent to 105-years-old in human age.

An An, who was born in 1986, had lived at Ocean Park since 1999 when he and his partner Jia Jia were gifted to Hong Kong by China’s central government. Jia Jia passed away on October 16, 2016, according to a statement released at the time of her death by Ocean Park. Jia Jia was also listed as the oldest giant panda living in captivity when she passed away almost six years ago.

“We are truly thankful for the opportunity to take care of Jia Jia and An An throughout the years so that the Park could develop into an important base for panda conservation,” the chairman of Ocean Park Corportaion, Paolo Pong, said in a press release. “Since this long-living panda duo’s arrival at Ocean Park in 1999, they have supported the Park’s endeavours in promoting nature and ecosystems to visitors as its ambassadors.”

A book of condolences has been opened up at An An’s home as well as online for people to pay their tributes to the beloved bear.

Said Pong: “An An is an indispensable member of our family and has grown together with the Park. He has also built a strong bond of friendship with locals and tourists alike. An An has brought us fond memories with numerous heart-warming moments. His cleverness and playfulness will be dearly missed … His legacy will stay as the best testimony to the Park’s ongoing commitment to providing best-in-class husbandry and medical care for giant pandas, with China Conservation and Research Centre for the Giant Panda as an essential partner in all aspects over the years. An An and Jia Jia’s mission will be furthered by giant pandas Ying Ying and Le Le residing at Giant Panda Adventure.”