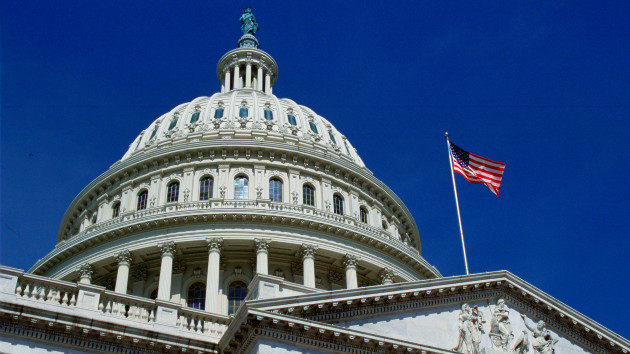 (WASHINGTON) — Senate Democrats’ campaign arm outraised its Republican counterpart in the second quarter of 2022 amid a fierce battle for control of the upper chamber, which is split 50-50.

In numbers shared first with ABC News, the Democratic Senatorial Campaign Committee (DSCC) said Tuesday it drew $33.5 million in donations from April to June, of which $12.5 million was raised in June alone. The group finished June with more than $53.5 million in the bank and has no debt, it said.

Comparatively, the National Republican Senatorial Committee (NRSC) previously announced that it raised $25.6 million in the second quarter of 2022 and finished June with $28.5 million cash on hand. It also had no debt, it said.

“The DSCC’s record breaking fundraising continues to be powered by strong, energized grassroots supporters who recognize the stakes of this election — and are committed to protecting and expanding our Democratic Senate Majority that is fighting to address working families’ most pressing priorities,” DSCC Executive Director Christie Roberts said in a statement.

An NRSC spokesperson said in their own statement that “the NRSC has broken fundraising records and are spending money early to define the Democrats. Meanwhile, Democrats are blowing money defending weak incumbents in states that Joe Biden won by double digits. No amount of money can save Democrats from themselves.”

The dueling hauls indicate both parties will be flush with cash heading into November. They are also both expressing optimism about their ability to control the Senate in the next Congress — when Democrats hope to preserve their bare majority while Republicans look to capitalize on President Joe Biden’s sagging approval and other political headwinds, like high inflation.

Democrats are hoping that social issues like abortion and gun reform will energize a base that polls show has been depressed heading into the midterms, with Biden’s approval ratings stuck under 40%, according to the FiveThirtyEight average.

The core Senate battleground map has Democrats defending incumbents in Arizona, Georgia, Nevada and New Hampshire — and Republicans trying to hold onto open seats in North Carolina and Pennsylvania while electing Sen. Ron Johnson to a third term in Wisconsin.