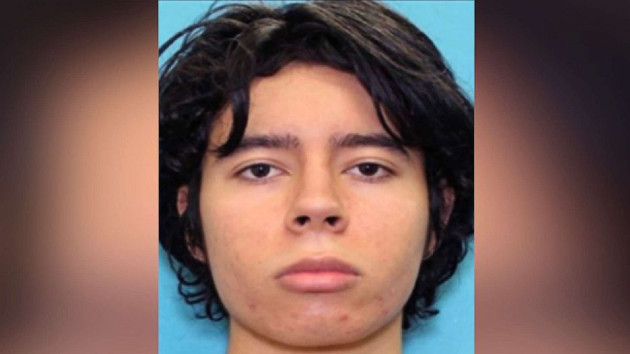 (UVALDE, Texas) — The Texas House of Representatives committee report on the Robb Elementary School shooting revealed the accused school shooter exhibited many warning signs in the years, months and days leading up to the school shooting, but he was still able to legally purchase the assault rifle used in the shooting.

The report illustrated many failures by the school and by law enforcement officers leading up to and on the day of the shooting and caused outcry among families of the 21 people killed in May.

Private individuals were the only people who knew of the many warning signs he displayed, as he had no criminal history prior to the shooting. The alleged shooter’s apparent motive was a “desire for notoriety and fame,” according to the report.

Those interviewed by the committee, including family, friends and acquaintances, reported many warning signs that experts say should have raised red flags.

“He exhibited almost every warning sign,” John Cohen, an ABC News contributor and the former acting undersecretary for intelligence and counterterrorism coordinator at the Department of Homeland Security, said in an interview. “This guy should have been on everybody’s radar.”

School officials had identified the accused shooter as “at-risk” academically by the third grade due to consistently poor test results. However, he did not receive any education services, according to the report.

The shooting itself took place in the accused shooter’s former classroom. The suspect had discussed bad memories of fourth grade with an acquaintance just weeks before, according to the report.

The suspect’s fourth grade teacher told the committee she was aware he needed special help and that he claimed to be a victim of bullying. She met with his mother over these concerns and said she believed he ultimately had a good year and that the classroom was a safe space where he made friends, according to the report.

The suspect’s family, however, disputed this account saying that classmates bullied him over his stutter, clothing and short haircut. Some family members also said that some of the teachers picked on the suspect and his cousin, according to the report. Notes found on the alleged shooter’s phone indicated that he was bullied beginning in middle school.

Beginning in 2018, the alleged shooter had bad school attendance, with more than 100 absences annually. He also had failing grades and increasingly dismal performance on standardized and end-of-course exams, according to the report.

The committee found that the local court does not regularly enforce truancy rules and it is unclear if any school resource officers ever visited the alleged shooter’s home.

Aside from a single 3-day suspension due to a “mutual combat” with a student, the suspect had almost no disciplinary history at school.

By 2021, when he was 17 years old, the alleged shooter had only completed ninth grade. He was involuntarily withdrawn from Uvalde High School in October 2021, citing poor academic performance and lack of attendance, according to the report.

Last year, the suspect increasingly withdrew and isolated himself. At the beginning of the year, a group of the alleged shooter’s former friends “jumped him,” according to the report.

His former girlfriend described the alleged shooter as lonely and depressed and said he was constantly teased by friends who called him a “school shooter,” according to the report. He was also called a “school shooter” online due to his comments.

She said he told her repeatedly that he wouldn’t live past 18, either because he would commit suicide or simply because he “wouldn’t live long.” The alleged shooter also responded to their breakup last year by harassing the girl and her friends, according to the report.

The alleged shooter’s activity online was also concerning as he began to watch violent and gruesome videos and images of things like suicides, beheadings and accidents.

Those with whom he played video games reported that he became enraged when he lost. He allegedly made over-the-top threats, especially towards female players, whom he would terrorize with graphic descriptions of violence and rape.

Later internet usage suggests he may have wondered if he was a sociopath and sought out information on the condition. His internet research resulted in him receiving an email, which was not disclosed from where in the report, about obtaining psychological treatment for sociopathy.

One month into working at Whataburger in 2021, he was fired for threatening a female coworker. He reportedly had a similar experience at Wendy’s.

His family and friends were aware of his efforts to buy guns before he was old enough to do so legally. He asked at least two people to buy him guns when he was 17, but they both refused, according to the report.

None of the suspect’s online behavior was ever reported to law enforcement, and if it was reported by other users to any social media platform, it does not appear that actions were taken to restrict his access or to report him to authorities as a threat, according to the report.

Red flag laws, or extreme protection orders, allow law enforcement or family members to ask a civil court to temporarily remove guns from a person who poses a risk to themselves or others. Recent federal legislation included funding for states to implement these laws.

While Texas is not one of the 19 states that have red flag laws in place, experts say these laws could have prevented the shooting if they had been used in this case.

“I think this is an illustration of why red flag laws might be needed. And that might be helpful, particularly if they were used extensively here,” Jeffrey Swanson, a professor of psychology and behavioral studies who is affiliated with the Center for Firearms Law at Duke University, told ABC News in an interview.

The alleged shooter in Uvalde showed sufficient indication of risks that his guns could have been removed under these laws, Swanson said.

Jarrod Burguan, the former San Bernardino police chief and ABC News contributor, said the mental health system being a revolving door has not made it effective in forcing treatment and potentially protecting society from these kinds of attacks.

While law enforcement can detain people they suspect pose a potential risk for up to 72 hours (this varies based on state), Burguan said millions of people slip through the cracks.

“We need something that puts more teeth in the ability of the mental health system to hold somebody and force them into treatment, and stop allowing people to walk away, and then affect everybody else in society,” Burguan said.

Cohen said he has heard this concern from law enforcement all over the country, but says the recent federal legislation can be helpful by increasing access to mental health care.

Cohen sees a need to also implement threat management strategies where community members, leaders and family could put in place a plan that would help people who may pose a risk.

Even if there is not enough evidence to arrest someone who may pose a risk, there is still middle ground for acting preventatively with “law enforcement working with mental health professionals to assess the risk based on an evaluation of the person’s behavior,” Cohen said.