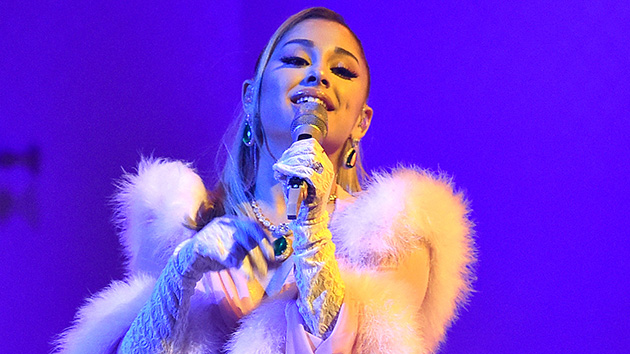 Ariana Grande won’t be sliding into the recording studio anytime soon and that’s because she’s having too much fun working on her makeup brand, R.E.M. Beauty.

The singer had previously shared a makeup tutorial about the new concealer she released last week, which comes in 60 inclusive shades, but one TikTok critic was not loving this new offering.

“Pls remember you’re a singer,” the user commented, reflecting previous admissions from fans who are upset the Grammy winner hasn’t been focusing on her music career.

Instead of letting her fanbase do the talking for her, Ariana personally defended her decision to step away from the microphone. “I have actually never felt more at home in my voice or like more of a singer,” she replied and added a few bubble emojis as well as a smiley face.

Still, that isn’t stopping some fans from begging her to release new music. Most, if not all, of those comments asking about a new album have been met with angry supporters demanding they respect Ariana’s choices.

“it hasn’t even been a full 2 years since she dropped her last album. i promise y’all can wait. like relisten to her whole discography or [something],” one supporter chastised.

The “pov” singer has made it clear she is taking a hiatus from her music to focus on other projects. In addition to getting her R.E.M. Beauty line off the ground, she is also getting ready to star as Glinda the Good Witch in the movie adaptation of the Wicked musical.