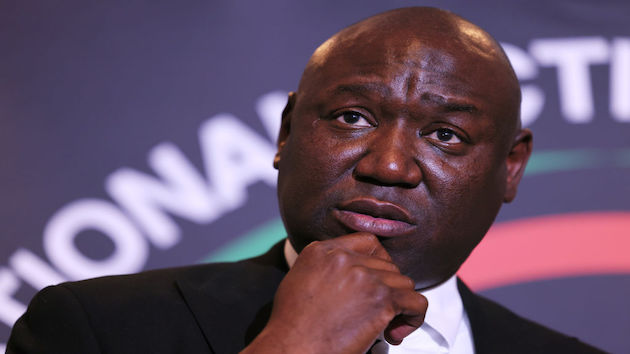 (DECATUR, Ga.) — The family of a Georgia woman who died after she was taken into custody and fell out of a moving police patrol car earlier this month is demanding answers in her death.

Brianna Grier, 28, was taken into custody on July 15 after two Hancock County Sheriff’s Office responded to her home in Sparta, Georgia, authorities said.

Her mother had called 911 because her daughter was having a mental health crisis, according to civil rights attorney Ben Crump, who is representing the family.

While being transported to the sheriff’s office, Grier fell out of a patrol car and sustained “significant injuries,” the Georgia Bureau of Investigation (GBI), which is investigating the death, said in a statement.

Grier suffered brain trauma and was in a coma before she died on July 21, according to Crump.

“Yet again, we have another African American citizen killed in just an unbelievable way while in the custody of the police,” Crump said during a press briefing Friday.

The briefing comes two days after GBI released new details in the incident.

According to GBI, Grier was placed in the backseat of the patrol car while handcuffed with no seatbelt on. The rear passenger side door was never closed before they drove away, GBI said.

Before the deputies placed her in the car, Gier was on the ground “refusing to get in the patrol car” and “made a statement that she was going to harm herself,” GBI said.

“The investigation shows that the deputy thought he closed the rear passenger side door,” GBI said. “Body camera footage reveals the deputies had no other contact with Grier from the time she was placed in the car until she fell out of the moving car.”

The family is calling for more transparency as they try to make sense of what happened, including the release of the body-camera footage.

“We’re trying to get answers of what really happened, that’s all we want to know,” Grier’s father, Marvin Grier, said during Friday’s press event. “We want to know what happened.”

The incident is still under investigation by GBI.

Hancock County Sheriff Terrell Primus told protesters gathered outside the sheriff’s office on Wednesday that he plans to release body-camera footage of the incident once GBI’s investigation is completed, the Union-Recorder reported.

“A lot of people have already drawn their own conclusions,” he said, according to the publication. “Some people already feel as though we have things to hide. But we do not have anything to hide. The video footage will show evidence based on what has been stated already.”

Crump said his team plans to perform an independent autopsy once her body is released from GBI, and that they will investigate what led to Grier, a mother of 3-year-old twin daughters, falling out of the car while it was moving.

“That’s what we are primarily for — is to get answers and demand justice,” Crump said. “What this is really about is those 3-year-old little babies [who are] going to have to grow up without their mother.”

Gerald Griggs, president of the Georgia State Conference of the NAACP, joined the family on Friday and called for accountability.

“Georgians of all color deserve to feel protected in the custody and control of law enforcement,” he said.