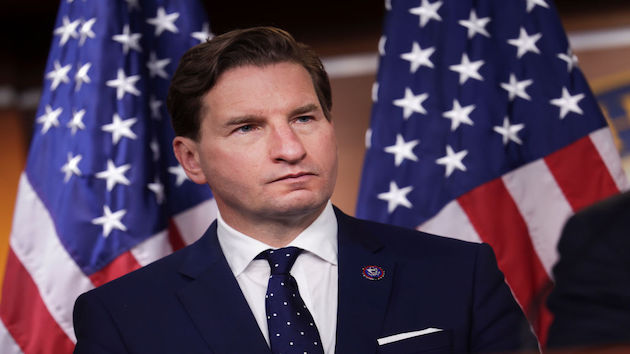 (WASHINGTON) — Democratic Rep. Dean Phillips, D-Minn, said publicly that he would not support President Joe Biden in 2024 amid a slew of new polling reflecting Democrats’ desire for a new presidential candidate.

The White House on Friday dodged probing by ABC News’ Molly Nagle into what the administration thought about the House Democrat’s comments.

“Look, I’m going to stay where I am,” White House press secretary Karine Jean-Pierre told ABC News. “The President intends to run in 2024. We are ways away from 2024. We are going to continue to focus on doing the business of the American people by delivering for families by lowering costs for families.”

Phillips on Friday called for a “new generation” of leadership on Friday in the White House in an interview on the Twin Cities-based radio show WCCO-AM.

“I think the country would be well-served by a new generation of compelling, well-prepared, dynamic Democrats who step up,” Phillips said.

“I think it’s time for a generational change,” said Phillips, who told host Chad Hartman he expects more Democrats to start speaking out about their concerns. “And I think most of my colleagues agree with that.”

President Biden is experiencing heightened levels of doubt from inside his own party, with a New York Times/Siena College poll earlier this month showing 64% of Democratic voters saying they would prefer a new standard-bearer for a White House bid in 2024. His job-approval rating remains at 33%, according to the same poll.

“I have respect for Joe Biden, I think he has — despite some mistakes and some missteps, despite his age — I think he’s a man of decency, of good principle, of compassion, of empathy and of strength,” Phillips added.

Biden and other White House officials have attempted to defend his electability in recent weeks, however.

Jean-Pierre also cited the 92% figure when asked to react to the poll– which, administration supporters were also quick to note, did show him winning a hypothetical rematch with former President Donald Trump.

Polling data also shows that a majority of Americans would not prefer the former president seek another White House term either.

Trump has teased, but has not officially confirmed a plan to run for another White House term, while Biden has said multiple times that he will seek reelection.

“When you have such a sour, negative political environment, voters in general are looking for change,” GOP pollster Robert Blizzard told ABC News earlier this week. “They’re looking for new voices, new people.”