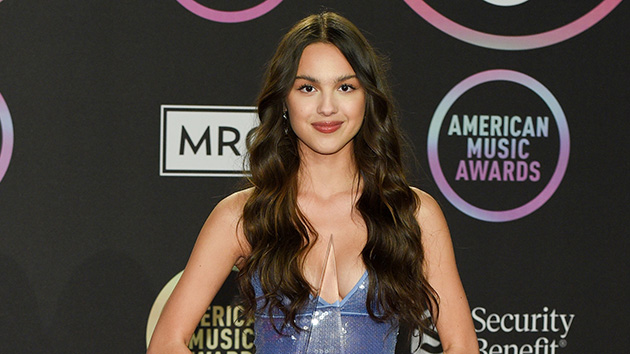 Olivia Rodrigo caught up with her old High School Musical: The Musical: The Series‘ castmates on the red carpet premiere of season three.

The “good 4 u” hitmaker shared a photo of her posing with Sofia Wylie, Joshua Bassett and Matt Cornett, the rumored ex-boyfriend who supposedly inspired her SOUR album.

She captioned the post, “love all these people so so so much. knowing and working with them has been one of the greatest joys of my life,” adding “wildcats forever” and a red heart emoji.

Another snap shows Olivia enjoying a cast photo with everyone who appeared in the third season, including guest stars Jason Earles, JoJo Siwa and Corbin Bleu.

The “drivers license” singer continued the celebration, later sharing HSM’s Instagram post on her Stories alongside three red heart emojis. The post, which read, “We all remember THAT summer!” contained more photos of the cast, including a sweet snap of Olivia wrapping an arm around an excited JoJo Siwa.

Olivia has starred in the show since 2019 as the aspiring singer Nini. Creator Tim Federle previously told ABC Audio that she will have a “meaningful sendoff” in the new season so she can pursue her singing career full-time.