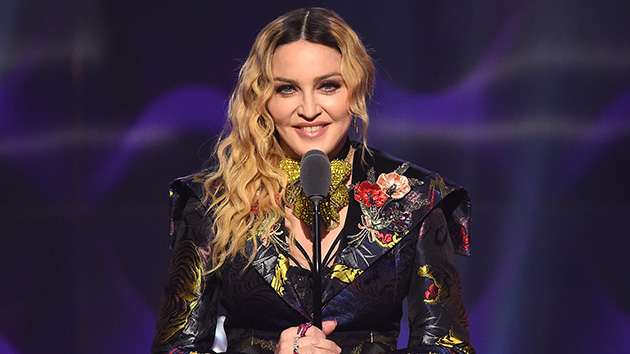 Madonna knows biopics are hot right now, and that’s precisely why she got the jump on making one about her life.

Speaking with Variety, the Grammy winner said making a biopic was about self-preservation and integrity.

“I’ve had an extraordinary life, I must make an extraordinary film. It was also a preemptive strike because a lot of people were trying to make movies about me,” said Madonna. “Mostly misogynistic men.”

The hitmaker continued, “So I put my foot in the door and said, ‘No one’s going to tell my story, but me.'”

That mentality of ensuring her life story stays firmly hers also extends to her music. While heavy-hitting musicians such as Justin Timberlake and Bruce Springsteen have sold their catalogs for hefty sums, Madonna vowed to never go that route.

“They’re my songs. Ownership is everything isn’t it?” she quipped.

As for when fans will be able to see her forthcoming biopic, Madonna says she’s still tinkering on the script. “I have a very long script that is really hard for me to make shorter,” she confessed. “I’ve been whittling away at it, but it’s like hacking off my limbs.”

Madonna had co-written the biopic with Oscar-winning screenwriter Diablo Cody, who spoke with ABC Audio about the experience.

“I don’t think I’ve ever met anybody with a work ethic like that before. Madonna is just on another level,” the Juno writer said. “If you had told me when I was in the fifth grade that someday I would get to hang out with Madonna….and sit at her knee as she shared the stories of her life? I would never have believed you.”

Cody added, “I can’t really say that much about [the movie] but I can say that I’m profoundly grateful for the experience.”