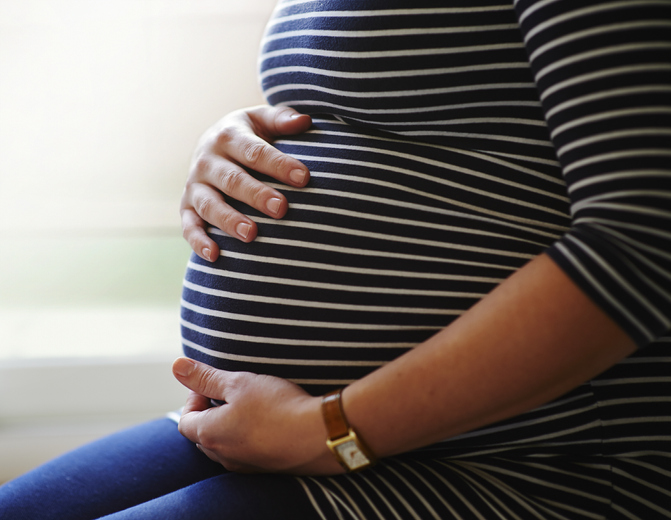 (NEW YORK) — As the number of cases of monkeypox continue to rise in the United States, pregnant women are now among those affected.

The first case of monkeypox in a pregnant woman in the U.S. has been reported, according to the Centers for Disease Control and Prevention.

The CDC’s Dr. John Brooks confirmed the case over the weekend, adding that the mother safely delivered the baby and both mother and baby are “doing well.”

Pregnant people are already among those whom the CDC considers at “increased risk” for severe monkeypox, along with children under the age of 8, people who are immunocompromised and those who have a history of atopic dermatitis or eczema.

Monkeypox, a cousin of the smallpox virus, has been known to cause adverse outcomes in pregnancy, according to Dr. Joanne L. Stone, chair of obstetrics, gynecology and reproductive science at the Icahn School of Medicine at Mount Sinai and Mount Sinai Health System.

“There’s a lot of unknown but there have been reported adverse outcomes,” said Stone. “So this is why it’s on people’s radar and why it’s important to get the relevant information that we have to pregnant individuals.”

Stone stressed that pregnant women should not panic because, so far, the number of infected individuals remains low, but added, “Because we know there are potentially adverse outcomes, avoiding as much as you can anyone who shows signs of symptoms of infections is really important.”

Here are five things for pregnant women to know about monkeypox.

Monkeypox can spread through direct contact with an infectious rash, scab or bodily fluids or via respiratory secretions during prolonged face-to-face contact or intimate physical contact, according to the CDC.

The agency recommends avoiding close, skin-to-skin contact — including touching, having sex with, kissing, hugging or cuddling — with people who have a rash that looks like monkeypox.

In addition, people are advised to not touch the bedding, towels or clothing of a person with monkeypox, and to wash hands often with soap and water or use an alcohol-based hand sanitizer.

“You cannot get this virus from touching an elevator button, from walking past someone in the mall casually,” she told ABC News this week. “It is spread by close contact — contact with lesions — so touching infectious lesions or infectious scabs.”

2. Monkeypox can be transferred to the fetus.

Monkeypox can be transmitted to the fetus both during birth and by close contact during and after birth, according to the CDC.

Stone noted that if a pregnant woman gives birth with monkeypox, her newborn will need to be isolated to avoid further close contact with the mother.

There are only five laboratory-confirmed cases of monkeypox in pregnancy currently published in medical literature, according to research summarized by the Society for Maternal-Fetal Medicine, of which Stone is president.

Three of those five cases resulted in pregnancy loss, according to the Society for Maternal-Fetal Medicine.

In addition to miscarriage and stillbirth, monkeypox also brings an increased risk of preterm delivery, according to Stone.

3. Symptoms should be taken seriously.

Because monkeypox is so contagious and potentially dangerous for pregnant women, the first signs of it should be taken seriously, according to Stone.

“You need to be evaluated by a doctor to see if [a symptom] is due to monkeypox or to some other kind of infection,” she said. “And if you know that you are exposed, consulting with an infectious disease specialist or the CDC as well as your obstetrician is really important.”

Within one to three days, those infected will typically develop a rash either on their face or other parts of the body.

Lesions start out as dark spots on the skin before progressing to bumps that fill with fluid.

The CDC said that with pregnant people, a “broad approach to testing” for monkeypox is recommended since so many of the symptoms, like fever and rash, may be common in pregnancy.

4. Why exactly pregnant people are more at risk is not known.

Health experts are not 100% sure why conditions like monkeypox are more severe in pregnancy, according to Stone.

One hypothesis, she noted, is that it could be due to a change in immunity that happens during pregnancy.

Smallpox is also associated with “more severe illness” during pregnancy, according to research published in the journal Obstetrics & Gynecology.

5. It’s important to get medical care.

“Treatment for monkeypox virus should be offered, when indicated, to people who are pregnant, recently pregnant, or breastfeeding,” the agency says on its website.

There are several antiviral medications that have been authorized by the Food and Drug Administration for the treatment of monkeypox, including in pregnant people.