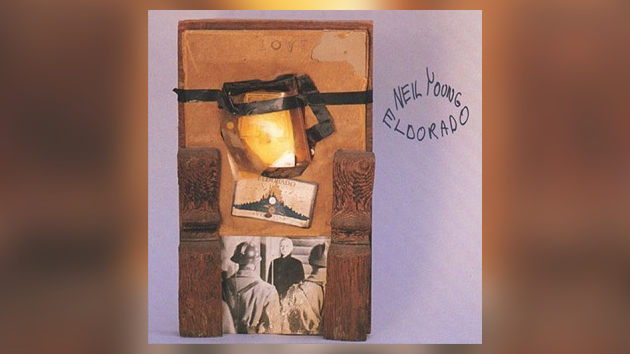 Neil Young will release a remastered version of his 1989 EP Eldorado as a standalone vinyl disc for the first time on August 19.

The five-track collection was originally only released in Japan and Australia on CD and was later included as part of Young’s Original Release Series #4 box set, which arrived in March.

Eldorado includes two songs, “Cocaine Eyes” and “Heavy Love,” that had never appeared on any other album as well as three tunes from Neil’s 1989 studio album Freedom — “Don’t Cry,” “Eldorado” and a cover of the 1963 Drifters hit “On Broadway.”

The EP can be pre-ordered now and is available on CD as well as vinyl. Those who order the discs will also receive a high-res download of Eldorado.

When discussing the sound quality of the new release, Neil says, “Because of the technology used in mastering from the original files, the digital to analog transfer is superb, getting more out of the digital masters than the original CD could present. This then, is the best sounding Eldorado ever!”