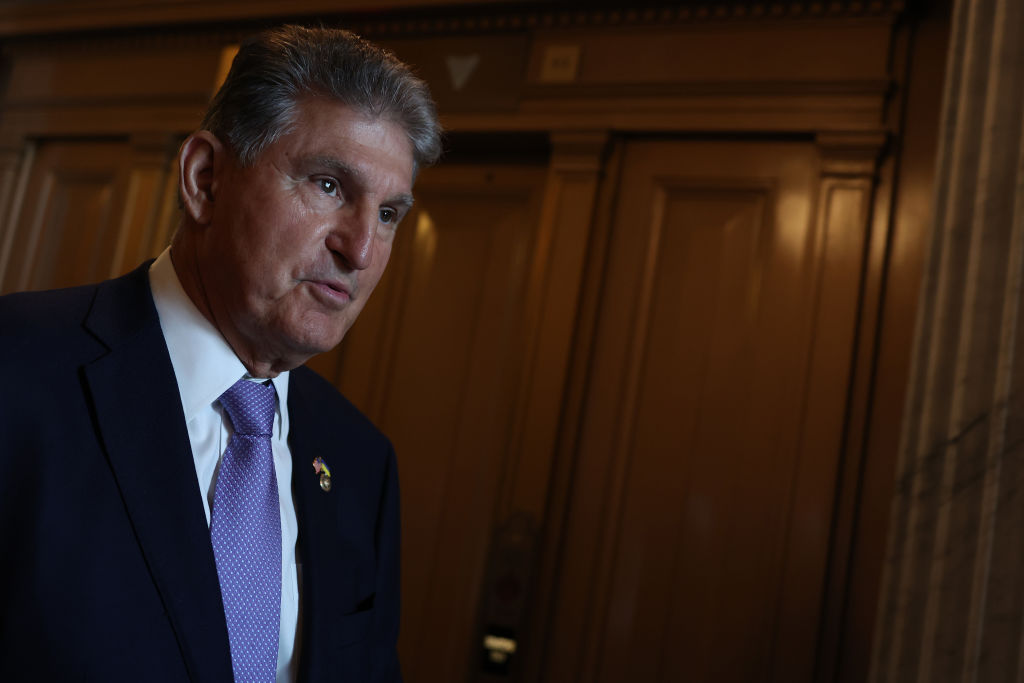 (WASHINGTON) — In a surprise move Wednesday, West Virginia Sen. Joe Manchin announced that not only had he reached a deal with Majority Leader Chuck Schumer on a major health care-focused spending package — he had also signed onto climate and energy provisions.

It was a reversal of sorts for the conservative Democrat who just two weeks ago backed away from climate measures being included in any spending bill, telling a radio host that inflation was “absolutely killing many, many people” and that he would have to wait until July inflation numbers were out before considering such measures. Democrats were sure then that they would be left with a health care-only bill. Some other Senators had openly begun making their peace with it.

It was unclear Wednesday why Manchin had changed course.

“Today, we are pleased to announce an agreement,” Manchin and Schumer said in a joint statement, noting “many months of negotiations.”

The pair said they had “finalized legislative text” that, if approved, would reduce the deficit by some $300 billion while investing $369.75 billion in “Energy Security and Climate Change programs” over the next decade.

“The investments will be fully paid for by closing tax loopholes on wealthy individuals and corporations. In addition, the expanded Affordable Care Act program will be extended for three years, through 2025,” the senators said.

With Manchin’s approval, Democratic leaders in the evenly-divided chamber are now aiming to have the bill approved by the end of next week using a fast-track process known as reconciliation that allows passage of such legislation with a simple majority (and Vice President Kamala Harris’ tie-breaking vote).

The House, according to Speaker Nancy Pelosi, would then return sometime in August to pass the measure.

If approved, it would be a major victory for President Joe Biden, who announced his support for the deal in a statement Wednesday night after speaking to both Manchin and Schumer. Biden had tried but failed to get his party united behind a sweeping $2 trillion “Build Back Better” economic and social safety net bill that included provisions like universal pre-K, Medicaid expansion and paid family leave, but Manchin previously balked at that price tag amid rising inflation, tanking that bill.

Similar, if scaled-down, proposals since have all failed to garner sufficient support among Democrats, with Republicans opposed.

Wednesday’s deal was likewise swiftly condemned by Senate Minority Leader Mitch McConnell, R-Ky., who tweeted, “Democrats have already crushed American families with historic inflation. Now they want to pile on giant tax hikes that will hammer workers and kill many thousands of American jobs. First they killed your family’s budget. Now they want to kill your job too.”

While Democrats await the Senate’s rule-keeping parliamentarian scrubbing through the new deal to ensure all provisions meet the strict guidelines of reconciliation, details of what exactly are in the bill are not yet known. But according to Schumer and Manchin’s portrayal, the bill “lowers energy costs, increases cleaner production, and reduces carbon emissions by roughly 40 percent by 2030,” measures that Democrats say will cost roughly the $369 billion.

Democrats also plan to extend for three years the pandemic-era subsidies for those lower-income Americans who buy health insurance under the Affordable Care Act. It was important for Democrats to push through those changes, they said, because insurance companies typically announce their premium increases in August.

The agreement, known as the Inflation Reduction Act of 2022, brings in far more revenue — $739 billion — than the government would spend under this measure, according to Democrats. Together, the climate and ACA provisions would cost the government roughly $433 billion, and Democrats plan to put at least $300 billion of that toward deficit reduction.

That was at the insistence of Manchin, in a bid to bring down record inflation.

To bring in the needed money, Democrats said they plan to target big corporations and the “ultra-wealthy” by implementing a 15% corporate minimum tax as well as collecting more through IRS tax enforcement, both measures bringing in nearly $440 billion.

Republicans for weeks have warned that those tax hikes would hit small and mid-size businesses disproportionately, but Sens. Manchin and Schumer insisted in their news release that under their plan, there will be “no new taxes on families making $400,000 or less and no new taxes on small businesses” — a key campaign promise by President Biden.

“Senate Democrats can change the name of Build Back Broke as many times as they want, it won’t be any less devastating to American families and small businesses. Raising taxes on job creators, crushing energy producers with new regulations, and stifling innovators looking for new cures will only make this recession worse, not better,” Sen. John Cornyn, R-Texas, said in a statement.

Most Senate Democrats have not yet seen the legislative text, though many appeared to be supportive.

Chris Coons of Delaware said he was “very encouraged.”

“I am pleased to report that this will be, by far, the biggest climate action in human history,”said Hawaii’s Brian Schatz. “Nearly $370 billion in tax incentives, grants, and other investments in clean energy, clean transportation, energy storage, home electrification, climate-smart agriculture, and clean manufacturing makes this a real climate bill.The planet is on fire. Emissions reductions are the main thing. This is enormous progress. Let’s get it done.”

A meeting of the entire Senate Democratic caucus is expected at 9 a.m. Thursday to run through the details of the new plan.

But not every member of the caucus was happy with the deal.

Bernie Sanders, the Vermont independent and chairman of the Senate Budget Committee, bristled, telling reporters on Wednesday: “Last I heard, Sen. Manchin is not the majority leader, despite what you may think. Last I heard, he is not the only [a] member of the Democratic caucus. I will look at it and we’ll go from there.”

Democrats need each of their 50 votes to remain united and healthy to seal the deal — not an easy feat considering Manchin himself has been quarantined this week with COVID-19.