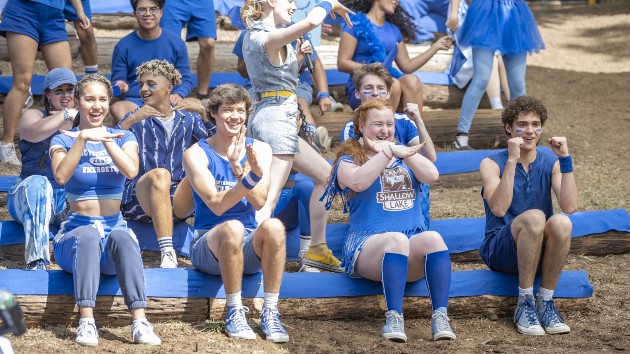 Joshua Bassett knows why people adore High School Musical: The Musical: The Series, and it has everything to do with the cast.

“It’s the people and the relationships and the characters,” Bassett, who plays Ricky, told ABC Audio. “You can have the craziest storylines. You can have the best writers on the planet. But if the chemistry isn’t right… Then it doesn’t work.”

“You can feel the love we have for each other that comes through the screen. You can feel the heart that this show has,” the 21-year-old actor continued. “And it’s doing a lot of brave things!  I think people are drawn to it because we’re pushing the envelope for Disney.”

Adds Matt Cornett, who plays E.J., “Everybody can relate to this show, no matter where you come from or how old you are… I think it’s awesome that kids get to see more of themselves on screen!”

Dara Reneé, who returns as Kourtney, agrees representation is a major bonus of the beloved series, but she says the driving force is how the cast gels together. She said she knew the show was going places when she sat down for the first table read.

“I just knew that I had something special when I got to meet everybody. People like Sophia [Wylie] and Olivia [Rodrigo] — everybody just opened my heart,” she raved. “I was so grateful.”

Wylie, who stars as Gina, says the cast’s strong bond does shine through the screen. “We all flowed with one another,” she explained. “It makes every day on set really fun.”

“We’re, like, The Real Housewives of High School Musical: The Musical: The Series without the drama,” Reneé laughed.