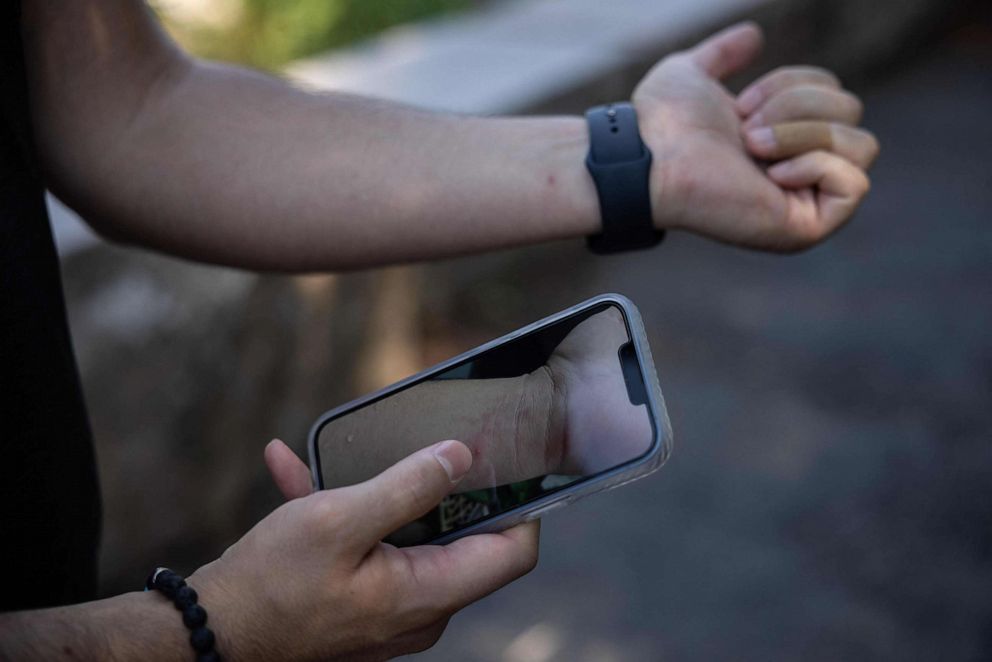 (NEW YORK) — There are now at least 3,846 monkeypox cases confirmed in the U.S., according to updated numbers from the U.S. Centers for Disease Control and Prevention.

The virus is firmly on the radar of American health officials after the World Health Organization declared it a global health emergency over the weekend.

Most positive cases have been among men having sex with men, but there are women among the infected, and a few children, as well.

Andy Slavitt, the former senior adviser of the Biden administration’s coronavirus response team, told ABC News’ “START HERE” that he is concerned the outbreak is being dismissed as a “gay disease.”

Slavitt reiterated that monkeypox is spread by skin-to-skin contact and limiting one’s conception of who can get the disease leads to unfair discrimination.

“It would be wrong to assume that we’re going to contain this by telling people to have less sex. I don’t think that’s going to work,” he told “START HERE.”

Jonathan Araujo, of Miami, contracted the virus this month and spoke with “START HERE” Tuesday. Araujo spoke about his symptoms and the stigma he faced when he told his friends and family about his diagnosis.

START HERE: Jonathan, first of all, how are you feeling?

JONATHAN ARAUJO: Right now, I’m way better. I did like a full 360. I was really having a really tough time battling monkeypox in the beginning. It was really like mentally taxing just as much as physically.

There were kind of all just like open wounds at one point. And I had so many of them, you know, I had at least I want to say, at least 30 of them on me at one time. So, it was painful.

START HERE: Can you walk me through what it was like? Like do you know when you got it?

ARAUJO: On July 4, I was working normal. Everything was fine. And I was going out clubbing with my friends, you know, celebrating July Fourth weekend. And I went out to this club, which is where I believe I got it. [There were] the little hairs in the back of my neck just telling me that night something was not right.

The very next day, I got a fever, and then I had the fever for two days. Then I got chills, and then the chills and the third day went away. By the fourth day, I was breaking out on my forehead and on my back really bad. I had all these little pimples. That’s what they looked like to me. They were like very small little pimples at first. The fifth day, which was now July 7 or July 8, I had one on my lip.

ARAUJO: Yeah. I’m not just breaking out. I’m not just sick with a random fever for two days, and now I have chills and I have headaches and body pains. It just didn’t make sense, and I knew something was wrong.

START HERE: Had you heard of it before that? Like, do you know what that was at that point?

ARAUJO: I was very ignorant to the situation. I’m going to be honest with you, I didn’t think much of it. I didn’t think that I would get it, and I didn’t really pay too much [attention] to it .

I knew what it was and [that] it was going around, but I was just like, it will not happen to me. And yeah, boom, it sure did happen to me.

The lesions and the sores, they weren’t huge. They got really big and they progressed rapidly. They turned into these big zits, but you couldn’t pop them, they wouldn’t burst, even if I tried to squeeze them.

They would sting randomly, like they would feel like jolts of pain. They would be dull for the most part, but then out of nowhere I would get a strike in one of them or in some of them, and then they would burn or itch. If I mess with them, or if I touch them, or if I laid the wrong way, it really felt like someone took a match and was setting fire to my skin at some point.

I had some on my elbows, so every time I move my arm it would burn or I would itch. The one I have on my hand currently itches a lot.

START HERE: You have one right now that’s still itching?

ARAUJO: Yeah. It’s on the palm of my hand. So it flexes and it’s constantly like being touched by something.

START HERE: Does the pain continue on for like days, for weeks? Do you feel like you’re sort of past the worst of the symptoms?

ARAUJO: Yeah, I’m definitely past the worst of the symptoms. In the beginning, the pain was, on a one to 10 [scale], it was like at to eight or nine half the time.

After I left the clinic, I went to the emergency room because I didn’t know what else to do. I didn’t have a PCP. So I went to emergency room and then I told them, “I think I have monkeypox.” And when they looked at me, they were like in shock that I had monkeypox. Like, they didn’t even know.

START HERE: You’re like the first guy they’ve been dealing with to say this?

START HERE: And if that’s the reaction from doctors, what’s it like from other people around you?

I even had some people would be like, “What is that?” They were like, “I didn’t even know this was a thing.”

I don’t want to segregate groups, but it was predominantly straight people, heterosexuals, that didn’t know what monkeypox was. I hate that it was that way because it was like, you can, anyone can get this.

START HERE: Which is concerning, right, if you’ve got people treating this like an STD passed between people in sexual situations, and it’s not necessarily that.

I didn’t have sex for maybe a month or three weeks, almost a month before I got sick. So, I definitely didn’t get it from having sex.

I’m sure it’s possible that you can get it from having sex, but that is not the only way to get it, and that’s where the stigma lies, is that people think it’s just an STD. No, you can get it if you touch one of my sores and then touch your face, it passes just like that because of the infection.

START HERE: Yeah really alarming when you see, not just how quickly it’s spreading, but that it’s spreading kind of faster than people are being educated about it, which is why you’re now shouting from the rooftops. We should note though that [there are] no American deaths from monkeypox yet. Thanks a lot for sharing your experience Jonathan.