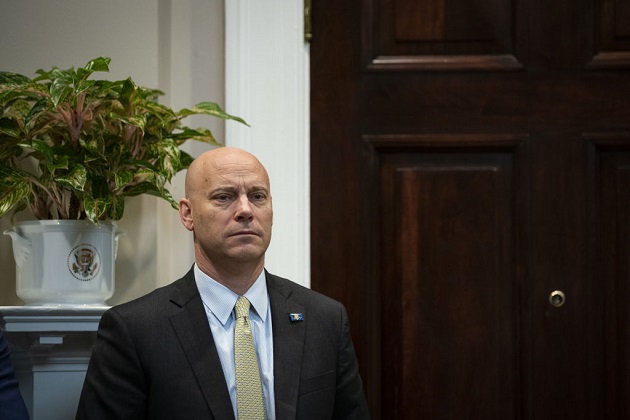 Short, in an interview Monday night with ABC News’ Linsey Davis, said he was subpoenaed by a grand jury and complied with the subpoena, adding he “really can’t comment further than that” upon the advice of his legal counsel.

Short was caught by an ABC News camera departing D.C. District Court on Friday alongside his attorney, Emmet Flood.

Short is the highest-ranking Trump White House official known to have appeared before the grand jury.

“I think that having the Capitol ransacked the way that it was, I think did present liability and danger,” he told Davis in the interview. “And I think the Secret Service did a phenomenal job that day. I think that the bigger risk and despite the way perhaps it was characterized in the hearings last week, candidly, is that if the mob had gotten closer to the vice president, I do think there would have been a massacre in the Capitol that day.”

A spokesperson for the U.S. Attorney’s Office declined to comment to ABC News.

Neither Jacob nor his attorney responded to a request for comment from ABC News.

Jacob testified publicly during a recent public hearing of the Jan. 6 committee.

In March, the Department of Justice expanded its criminal probe into the events of Jan. 6 to include preparations for the rally that preceded the storming of the Capitol, as well as the financing for the event, multiple sources familiar with the matter told ABC News.

Grand jury subpoenas were sent to those who assisted in the organizing and planning of former President Donald Trump’s “Save America” rally on the Ellipse near the White House, the sources said, with prosecutors seeking multiple records and documents related to the rally, including text messages and emails, as well as potential communications with other individuals regarding the logistics of the event.

“There is a lot of speculation about what the Justice Department is doing, what’s it not doing, what our theories are and what our theories aren’t, and there will continue to be that speculation,” U.S. Attorney General Merrick Garland said at a press briefing last week. “We have to hold accountable every person who is criminally responsible for trying to overturn a legitimate election, and we must do it in a way filled with integrity and professionalism.”