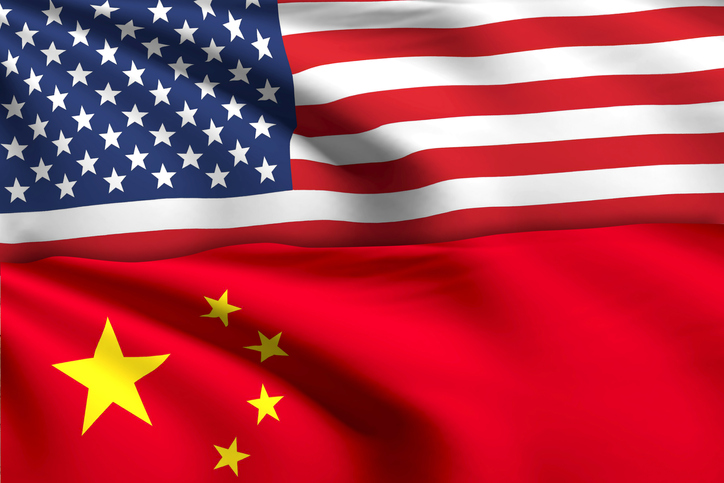 (WASHINGTON) — A report released Tuesday by Republicans on the Senate Homeland Security and Government Affairs Committee says that China targeted the Federal Reserve for nearly 10 years, working to recruit and influence employees in an effort to obtain information and monetary benefit and to influence U.S. monetary policy.

The report zeroes in on what it describes as Chinese efforts to recruit American talent using programs that targeted individuals at the Fed — offering job prospects, academic positions and economic and research opportunities in an effort to gain access to sensitive data and information.

Fed Chairman Jerome Powell refuted many aspects of the report. In a letter on Monday to Sen. Rob Portman, the committee’s ranking Republican, Powell wrote that he had “strong concerns” about the findings, including allegations that the Fed had failed to work with law enforcement to ward off outside influence.

The report’s conclusions are based off of counterintelligence data from the Fed and detail a variety of actions by the central banking system’s employees that the report describes as putting the institution at risk. It identifies 13 persons of interest, representing eight regional Fed banks, who have connections to known Chinese talent recruiters or “similar patterns of activity.”

The report details the interactions that some of these individuals had with China’s government — some of which were aggressive on the part of the Chinese.

In one series of events, the report says, a Fed employee was detained on four separate occasions during a trip to Shanghai in 2019. Chinese officials threatened the employee’s family, tapped their electronics and tried to force them to sign a letter stating they would not discuss the interactions, according to the report.

Another employee provided modeling code to a Chinese university with ties to a Chinese talent recruitment agency.

Still another individual, with “continuous contacts with Chinese nationals and universities,” tried twice to transfer Fed data to an external site.

One of the reasons Fed employees were vulnerable, the report asserts, is due to China “taking advantage” of America’s openness to participating in academic and research-based work.

Republicans on the Senate committee said the Fed remains poorly positioned to counter such overtures from China, citing a “lack of internal counterintelligence competency” at the bank and failure to sufficiently cooperate with law enforcement and intelligence agencies. The result, the report says, is an institution unable to identify threats quickly or to investigate potential efforts by China to recruit U.S. talent.

Powell, the Fed chairman, pushed back in his letter.

“We value our interactions with the law enforcement community and would not hesitate to refer a matter to them or otherwise seek their counsel where appropriate. We would be concerned about any supportable allegation of wrongdoing, whatever the source,” he wrote to Portman. “In contrast, we are deeply troubled by what we believe to be the report’s unfair, unsubstantiated and unverified insinuations about particular individual staff members.”

Portman, who previously led investigations of China’s recruiting efforts in the tech and science fields, urged the Fed to “do more” to protect itself.

“I am concerned by the threat to the Fed and hope our investigation, which is based on the Fed’s own documents and corresponds with assessments and recommendations made by the FBI, wakes the Fed up to the broad threat from China to our monetary policy,” he said in a statement. “The risk is clear, I urge the Fed to do more, working with the FBI, to counter this threat from one of our foremost foreign adversaries.”

Powell insisted the Fed was already being proactive.

“Because we understand that some actors aim to exploit any vulnerabilities, our processes, controls and technology are robust and updated regularly,” he wrote. “We respectfully reject any suggestions to the contrary.”

But the report recommends that Congress act to institute safeguards for federally funded research at the Fed and other academic institutions. Portman is leading an effort to include these protections in a soon-to-pass bill on science and microchips.