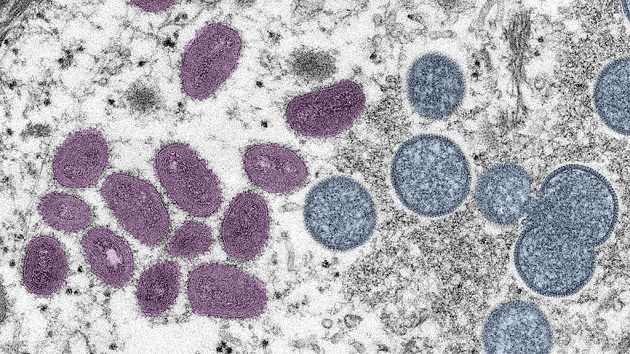 (ATLANTA) — The U.S. Centers for Disease Control has confirmed the first cases of monkeypox in children, federal officials said Friday.

The two cases are unrelated and were likely the result of household transmission, federal officials confirmed to ABC News.

The pediatric cases were traced to individuals in the men who have sex with men community, Walensky said, noting that the children “are doing well.”

One of the cases is in a toddler who is a resident of California and the other is an infant who is a non-U.S. resident, officials said.

The infant was “transiting through” Washington, D.C. when the test was done, Jennifer McQuiston, deputy director of the CDC’s Division of the High Consequence Pathogens and Pathology, told reporters on a press call Friday.

Both children have monkeypox symptoms, but officials said that they are currently in good health and are receiving TPOXX, a Food and Drug Administration-approved treatment for smallpox that has been made available for children under special expanded access protocols.

“We’ve been working with the jurisdictions to understand more about these cases,” McQuiston said. “The investigations are still in the early phase and ongoing so we don’t have a lot of details on them.”

As of Friday, more than 2,800 cases of monkeypox have been reported in the U.S. across 44 states, as well as Puerto Rico, according to CDC data.

Nearly all cases — 99% — have been reported among individuals who identify as gay, bisexual or other men who have sex with men, McQuiston said Friday.

“The primary drivers for this infection in the U.S. remain in the gay, bisexual and other men who have sex with men communities right now,” McQuiston said. “But we need to continue watching this and we stand ready to keep surveillance up and respond.”

The median age for cases was 36, with cases ranging from the infant to over 70, McQuiston said.

Walensky said there have been challenges in obtaining real-time data on monkeypox data, including demographics on race, ethnicity and age of cases and vaccinations.

“We very much want to get as much information as informed decisions out to the American public as possible,” she said in her Washington Post Live interview.

Monkeypox can spread through direct contact with an infectious rash, scab or bodily fluids or via respiratory secretions during prolonged face-to-face contact or intimate physical contact, according to the CDC.

It generally is a mild illness with the most common symptoms being fever, headache, fatigue and muscle aches.

Children under 8 years of age are among those considered at “especially increased risk for severe outcomes” from the disease, the CDC said.