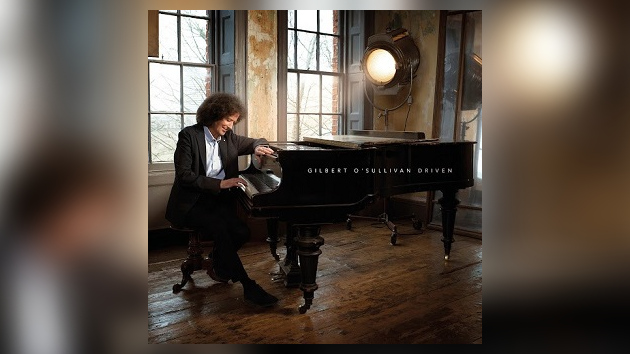 The 13-track collection includes a pair of duets — “Take Love” with Scottish singer/songwriter KT Tunstall and “Let Bygones Be Bygones” with Simply Red frontman Mick Hucknall — and was produced by Andy Wright, whose previous projects include albums by Simply Red, Simple Minds and Echo and the Bunnymen.

Driven is a follow-up to O’Sullivan’s 2018 self-titled album. It’s available now on CD, on cassette, via digital formats and as an LP pressed on either standard black vinyl or limited-edition clear vinyl.

In advance of Driven‘s release, O’Sullivan debuted music videos for three of the album’s tracks — “Take Love,” “You Can’t Say I Didn’t Try” and “Let Me Know.” You can check out all of the clips on Gilbert’s official YouTube channel.

O’Sullivan is set to launch a new series of tour dates that will see him visit venues in the U.K., Ireland and mainland Europe. The trek kicks off Saturday, July 23 in Chatham, U.K. and is plotted out through a December 12 concert in Birmingham, U.K. Check out all the dates at GilbertOSullivan.co.uk.