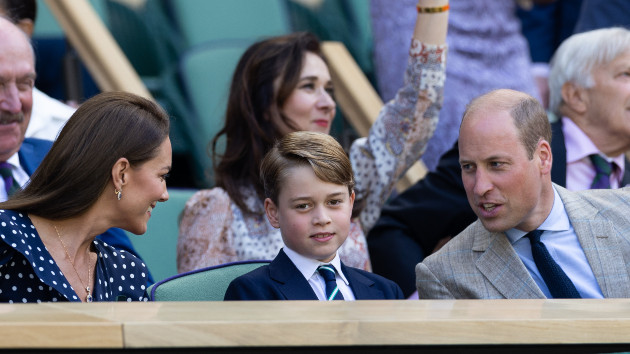 (LONDON) — Kensington Palace has released a new photo of Prince George, in celebration of the young royal’s birthday.

George, the oldest child of Prince William and Kate, the duchess of Cambridge, turns 9 on Friday, July 22.

His mother, keeping with her tradition of taking photos of her children on their birthdays, snapped the newest portrait of George.

The image was taken while the family was away on holiday in the U.K. earlier this month.

Last year, for George’s eighth birthday, Kate took a photo of her son in Norfolk, England, where their family has a home.

George stole the spotlight last month when he celebrated his great grandmother, Queen Elizabeth II, for her Platinum Jubilee, which marked her 70th year on the throne.

Along with his sister Princess Charlotte, George, who is third in line for the throne, was spotted out and about on a visit to Cardiff Castle, where the two children and their parents met performers and crew taking part in a Platinum Jubilee concert later that evening.

Earlier this month, George was also spotted at Wimbledon with his parents. The family attended the men’s singles final between Serbia’s Novak Djokovic and Australia’s Nick Kyrgios.