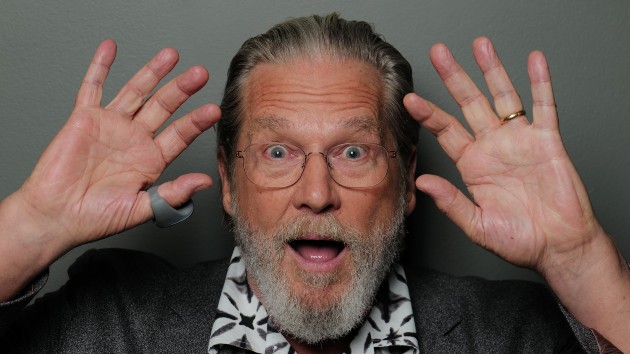 There are expected to be many Marvel movie bombshell announcements over the weekend at this year’s San Diego Comic-Con, but for Jeff Bridges‘ money, you can’t beat the original: Iron Man.

In a new chat with Vanity Fair about his career, Bridges maintains it still holds up — in fact, he called it “the best Marvel movie.”

Bridges told ABC Audio much of the same back in 2018, noting, “for my money I think — you know I’m biased, I’m in the thing! But for my money that…that’s the best one.”

He added, “That’s the best superhero movie that I’ve seen, largely due to Jon Favreau our director and Downey. You know Robert Downey Jr.”

As he did in VF’s piece, Bridges told us much of Favreau’s movie ended up being improvised when the script was thrown out the window on the first day.

“We thought we had it together but, you know, Marvel said, ‘No, that’s no good.’ So I said, ‘What are we going to do?’ So we started to write the scenes every morning at work!”

“That was kind of…stressful for me,” Bridges admitted. “I like to know my lines and figure out you know what people are going to say, how you form your character. And I made a little inner adjustment…by just saying, ‘Come on Jeff, relax. You’re making a 200 million dollar student film, and you got these cool guys to play with you. Have fun!'”

That he did, evidently, calling it a “great experience.”

Marvel Studios is owned by Disney, the parent company of ABC News.