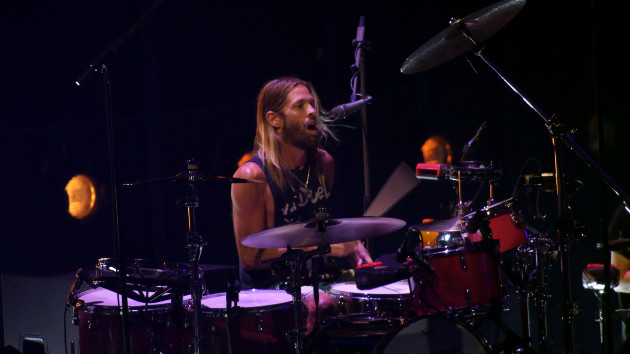 Late Foo Fighters drummer Taylor Hawkins and Chad Smith of Red Hot Chili Peppers are among the artists featured in an upcoming documentary titled Let There Be Drums!, according to Deadline.

Hawkins’ appearance in the film marks, as Deadline puts it, “what may have been the final filmed interview” he gave prior to his unexpected death earlier this year in March.

Let There Be Drums! — which aims to “examine the essential role drumming plays in great bands and how music passes from generation to generation” — will also feature interviews with The Beatles‘ Ringo Starr, The Police‘s Stewart Copeland, Jane’s Addiction‘s Stephen Perkins, ex-Guns N’ Roses drummer Matt Sorum and the Grateful Dead‘s Mickey Hart and Bill Kreutzmann.

Justin Kreutzmann, Bill’s son, is directing the doc in an effort to “talk to the world’s most influential drummers in hopes of better understanding his father and the instrument that defined his life.”

Let There Be Drums! is set to premiere in theaters October 28.