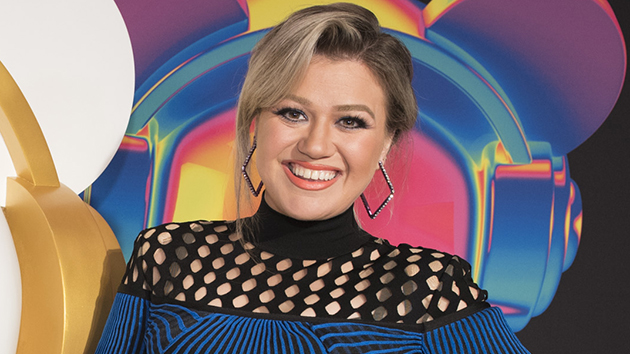 Will we see ﻿Kelly Clarkson﻿ and ﻿Michael Bublé jump into the studio together? If Randy Jackson has his way, it’ll happen very soon.

The possibility was floated on The Kelly Clarkson Show, where the American Idol winner welcomed both Randy and Michael on set. The topic of a possible collab came up after Michael paused the conversation to ask about television theme songs.

“I know you’re going to cut me out of this, but I love TV themes. What is your favorite… If you had to pick one television theme, what is it?,” asked the Canadian crooner as both Kelly and Randy laughed.

Michael went first by singing the Cheers television theme, “Where Everybody Knows Your Name.”

Randy picked the theme from I Dream of Jeannie, while Kelly was torn between Step By Step and Full House.

Michael started singing the latter theme and joked, “I might just record that now.” Kelly then began belting out ﻿Step By Step﻿’s “Second Time Around.”

“Wait a minute,” Randy exclaimed while pointing at the two singers. “A duet. Tonight.”

“Why [not] all three?” Michael replied before briefly engaging with Kelly in a duet of the Three’s Company opening credits song.

The conversation ended with the “Sway” singer expressing he feels “so cozy” sitting with Kelly and Randy, which morphed into an invite to Kelly’s Montana ranch for a game of poker.

“It’s cold as hell, but it’s fun,” she grinned. She agreed to have the “same panel” on her show and declared, “Let’s have this date again.” The “Stronger” singer also suggested they play a game next time they’re all on the show.