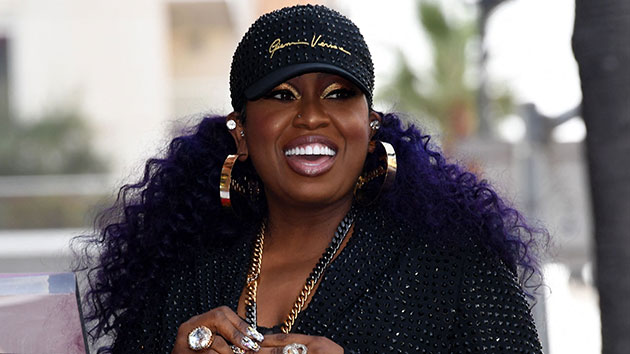 July has been a very special month for Missy Elliott: she celebrated a birthday and the 25th anniversary of her iconic 1997 debut album, Supa Dupa Fly.

The legendary rapper turned 51 on July 1 and was the guest of honor at a spectacular birthday bash in Atlanta on July 15. The Grammy winner received a Recording Industry Association of America platinum plaque for being the only female hip-hop artist with six certified Platinum studio albums. Atlantic Records also presented her with a custom plaque in recognition of the success of Supa Dupa Fly.

“As a solo artist I’ve been in the game for 25 years, but in the music industry I’ve been here for 29. I’ve been reflecting on that. It’s a huge accomplishment – especially when you’re still around,” Elliott tells Essence.
“It’s just an amazing feeling. You go through a lot of ups and downs, so to still be standing is always a blessing.”

Timbaland, Lil’ Kim, Trina, Serayah, Taraji P. Henson, Jermaine Dupri, Irv Gotti and Kandi Burruss were among the stars greeting Missy at her birthday party. She grew up with Timbaland in Virginia, and they’ve recorded numerous hits together.

Elliott says one of the keys to their longevity is that they concentrated on being original.

“I’m not a person who watches everyone else – I think that’s the biggest thing. When me and Timbaland came in, we weren’t watching other people’s videos, we weren’t listening to the radio like that,” Missy added. “Because if you don’t see, or you don’t hear, then you end up creating your own sound. But if you begin to watch and listen, then a lot of times you end up catering to what’s happening right now.”