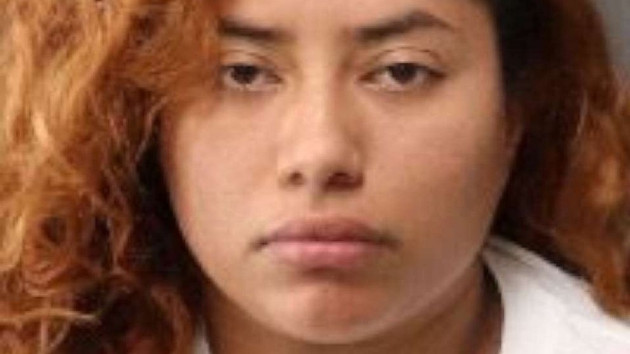 (MORENO VALLEY, Calif.) — A woman is being held on $1 million bail after allegedly dressing as a nurse and gaining access to a maternity ward at a hospital in an attempt to steal a baby.

The incident occurred on Thursday, July 14, when Moreno Valley Sheriff’s deputies in California were notified by hospital staff at the Riverside University Health System – Medical Center of an alleged “individual impersonating a nurse on campus,” said the Riverside County Sheriff’s Department in a press release.

Authorities said that the suspect — later named as 23-year-old Jesenea Miron from Moreno Valley, California — had allegedly entered the hospital posing as a newly hired nurse and was able to gain access to the medical unit where all of the newborn babies were being looked after.

“The female entered a patient’s hospital room and identified herself as a nurse,” said the Riverside County Sheriff’s Department. “While inside the patient’s room, she attempted to take their newborn infant.”

It is unclear what security measures were in place at the hospital and how Moreno was able to gain access to the maternity ward.

Moreno was eventually confronted by hospital staff who immediately notified security of the breach and alleged attempted kidnapping, authorities say.

“The female fled the location before she was able to be apprehended by hospital security or law enforcement,” said the Riverside County Sheriff’s Department. “Investigators served a search warrant at the 11000 block of Weber Street in the city of Moreno Valley, where Miron was located and arrested. Additional items of evidentiary value were also located inside the residence.”

Authorities say that Miron was subsequently booked into the Robert Presley Detention Center for kidnapping charges and is currently being held on $1 million bail.

Anybody with further information regarding this case is asked to contact the Moreno Valley Sheriff’s Station or the Riverside County Sheriff’s Department. The investigation into the incident is ongoing.