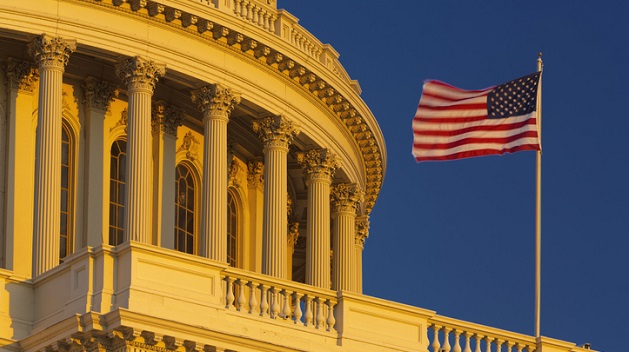 (WASHINGTON) — As midterm elections heat up, political campaigns are beginning to think differently and trying some unorthodox methods to win.

Recently, there have been efforts by Democratic PACs to steer Republican voters to specific candidates in primaries.

Other races are taking similar approaches.

START HERE: Rick, why would Democrats try to help a Trump Republican win a primary?

KLEIN: Because they think that Trump Republican would be easier to beat. You know, in some ways, this is one of the oldest tricks in the book. You try to choose your own opponent because you think you can beat the other person.

And you do it in this case with the kind of false praise of saying, Oh, this person is 100% MAGA or 100% pro-life. Of course, that’s a badge of honor inside a Republican primary and the Democrats that are spending millions of dollars to boost those far-right opponents, they know that.

But what makes this different is we’re talking about individuals who are flat-out election deniers. In the case of Cox, the person that Democrats are boosting in the state of Maryland, this is someone who bused supporters into the Capitol on January 6, although he says he didn’t enter himself. And as the riot was ongoing, he tweeted and later deleted that [then-Vice President] Mike Pence is a traitor.

There’s a lot of history of screwing around and the other side’s primary, but the stakes this time could be different.

START HERE: Rick, what if it doesn’t work? Because I’m trying to think of the last really Trumpy candidate that was seen as a walkover. Oh, that’s right. His name was Donald Trump. A lot of people said Hillary Clinton got what she wished for. She still lost. So why should Democrats think that will not happen again?

KLEIN: Yeah, it’s a huge risk. And forget Maryland, because Maryland’s probably not a battleground state in 2024. But guess what is: Pennsylvania.

That’s where Democrats spent money to try to boost Doug Mastriano, a state senator who again was at the Capitol on January 6 and is one of the staunchest Trump supporters in the nation. He’d be in a position, if he’s governor, to name the next secretary of state to oversee the next election. That’s a dangerous place to have an election denier.

You also saw Democrats try to do this and succeed in Illinois. They failed in Colorado, another battleground state. But the other consequences of this misfiring are vast. And it’s why even some Democrats are saying, ‘wait a second, this is not a time to be playing politics as usual.’ You have to be careful about this. Already with the data that ABC has compiled, along with FiveThirtyEight, we’re talking about more than 120 Republican candidates on the ballot this fall for major offices like secretary of state or governor or for Congress who deny the legitimacy of the last election. That’s just different than we’ve seen in the past and underscores how risky this strategy really is.

START HERE: And there’s no reason to think that if another election came along featuring Donald Trump or not, that that wasn’t seen as favorable to Republicans, that these same people would not say no, that you should throw those results out. Rick, in the meantime, I’m trying to figure out what even this midterm election landscape looks like compared to a couple of months ago, because a lot of people figured Republicans were kind of a lock to take back the House and the Senate. President Biden’s approval hasn’t been so hot, but all that, of course, was before Roe v. Wade was overturned. Is there a different sense now of where each party stands?

KLEIN: Yeah, there’s an interesting trend that’s starting to emerge, Brad, where the president’s numbers are still pretty bad historically; about as bad as any president at this point in his term. And the numbers in the House kind of reflect that. The Democrats are almost certainly going to lose control of the House. But something different is happening in Senate races.

You’re seeing Democrats begin to do a little bit better on what we call the generic ballot. Do you support a Democrat or a Republican? And abortion rights and gun violence and all the other issues they may be adding into that. Despite the drag that inflation has. But the other thing that’s happening is that Republicans are putting up a lot of flawed candidates, some of whom, as we’ve been discussing, put up there because of Democrats meddling in primaries, other cases, just because Trump has been such a loud voice.

In places like Georgia [and] Ohio, [and] like Pennsylvania’s governor’s race and Senate race with Dr. Oz. You have a situation where the Republicans may not have their best choice on the playing field and it might boost Democrats’ chances. And it has a lot of Democrats thinking, ‘you know what, we’ve got a shot at keeping the Senate despite all of the headwinds we’re facing this year.’