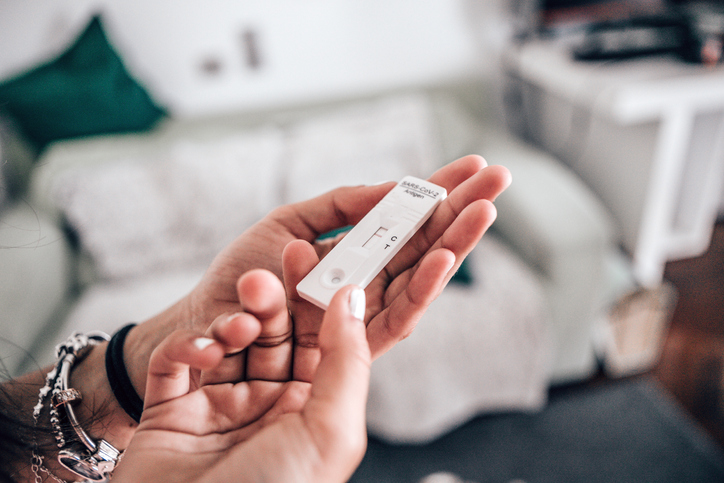 (NEW YORK) — COVID-19 cases are continuing to surge in New York City and unvaccinated residents are bearing the brunt.

Data from the Centers for Disease Control and Prevention shows that, as of Wednesday, the Big Apple has a seven-day case rate of 369.8 per 100,000, the second-highest rate in the United States, only behind California.

On July 17, New York City recorded a seven-day average of 4,380 cases, 14% higher than the average of 3,828 cases recorded two weeks ago, according to the city’s Department of Health & Mental Hygiene.

Additionally, the test positivity rate hit 14.46%, the highest seen since January 2022, during the omicron surge.

Doctors say that more than a year-and-a-half into the vaccine rollout, the majority of those getting sick, hospitalized and dying are unvaccinated people.

DOHMH data shows that the average weekly rate of cases among the unvaccinated sits at 764.29 per 100,000.

“What’s becoming apparent is that what we really want is to avoid severe disease and we define severe disease as requiring hospitalization or intensive care unit,” he said. “Even if the vaccines don’t prevent infection, if they protect against severe infection, then that’s a big positive.”

Gulick said that rising cases appear to be fueled by the highly infectious BA.5 variant.

BA.5, an offshoot of the original omicron variant, has become the dominant strain in New York City, making up more than 57% of cases as of July 2, according to the DOHMH.

“The BA. 5 variant is accounting for a significant number of infections,” Gulick said. “This almost all certainly due to BA.5.”

Evidence has shown that BA.5 is better at evading protection from both vaccines and previous infection including antibodies from BA.1 — the original omicron variant — and BA.2, the first subvariant.

The COVID situation in the city appears to be reflective of what’s going on in New York State. BA.5 currently accounts for an estimated two-thirds of COVID cases in the New York region as defined by the CDC.

“We’ve seen the past and the past can become the present if we don’t take the steps now,” she said of the rising number of cases.

Hochul said the mask mandate on public transit will remain in place until cases are “consistently lower” and issued several preparedness plans.

Among them include sending more than three million tests to schools ahead of the start of the fall semester and distributing at-home kits from the stockpile of 20 million.

Hochul said, at the moment, schools don’t have mask mandates, but she kept open the possibility “if things change.”

“I’m going to reserve the right to change this policy,” she said.