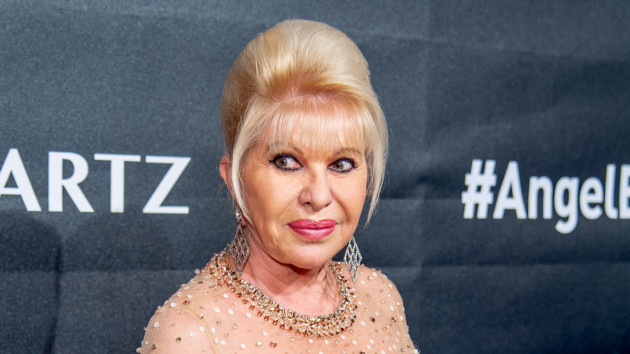 Her three children — Eric, Ivanka and Donald Jr. — are expected to speak during the services.

Ivana Trump died Thursday after suffering injuries sustained from a fall in her Upper East Side home, New York City’s Office of the Chief Medical Examiner said. She was 73.

She was married to the ex-president from 1977 to 1992 and had three kids together, Donald Jr., Eric and Ivanka.

“Our mother was an incredible woman — a force in business, a world-class athlete, a radiant beauty, and caring mother and friend,” the Trump family said in a statement at the time of her passing.

In a statement on his Truth Social platform, former President Trump called her a “wonderful, beautiful, and amazing woman, who led a great and inspirational life.”

Ivana Trump was found unconscious and unresponsive at the bottom of a set of stairs in her apartment, police sources said. Her death was ruled an accident, according to the medical examiner.

Known for her glamour, Ivana Trump created her own clothing line and helped design the interior for the Grand Hyatt Hotel and Trump Tower. She was also a bestselling author and worked for her former husband’s business empire as a senior executive, where she served as the CEO of Trump’s Castle, a hotel casino in Atlantic City.

Instead of flowers, her family is asking people to donate to the Florida nonprofit Big Dog Ranch Rescue, the organization said on its website.