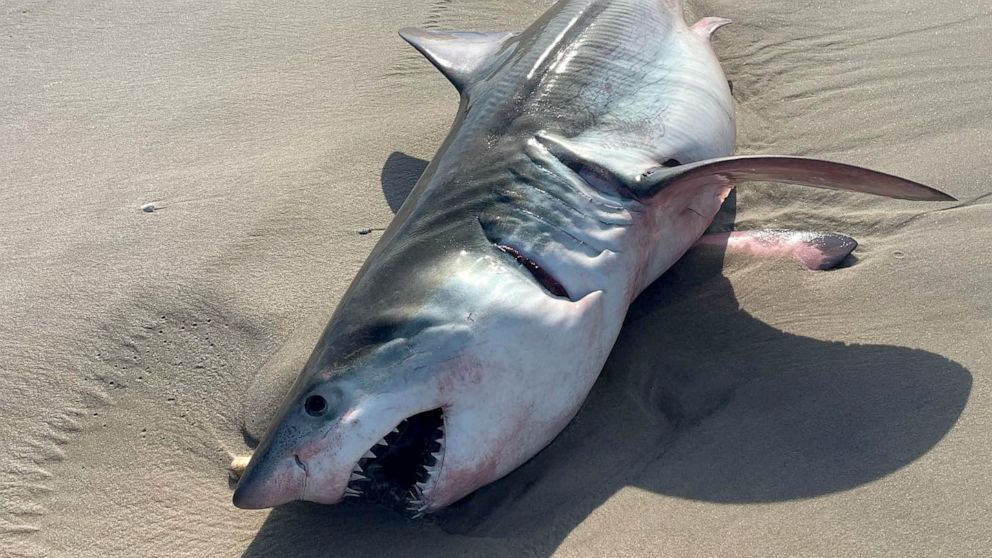 (NEW YORK) — New York beachgoers were spooked by another shark sighting Wednesday, albeit a short-lived one.

The dead shark, which appeared to be a great white according to The Riverhead Society, was spotted on Dune Road Beach in Quogue, New York, by a nearby resident around 9:33 a.m., police said.

The 7- to 8-foot shark washed back into the ocean before police could secure it, according to officials from Quogue Village Police Department.

“At this time, we are cautioning swimmers and boaters in the area to be aware of this ongoing situation,” the police said in a statement.

This is the latest in a string of shark sightings and attacks off New York’s coast over the last few weeks.

From June 30 to July 13, five individuals suffered non-life-threatening injuries from shark attacks near Long Island beaches, according to state officials.

On Tuesday, beaches in the Rockaways were shut down after beachgoers spotted sharks in the water. No one was hurt.