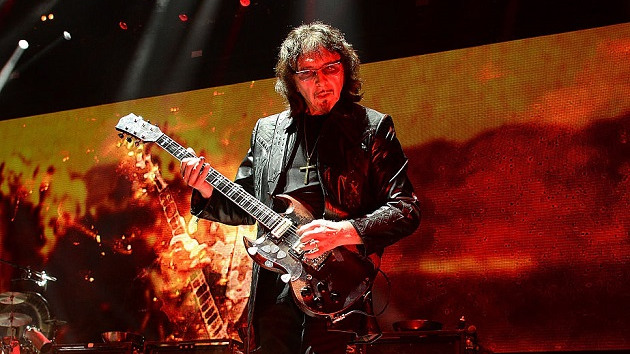 Black Sabbath guitarist Tony Iommi is among the musicians who will perform during the opening ceremony for the 2022 edition of the Commonwealth Games sporting event, which will run from July 28 to August 8 in Iommi’s hometown of Birmingham, U.K.

The Commonwealth Games is an international multiple-sport competition held every four years that features athletes from countries that are part of the Commonwealth of Nations.

The Opening Ceremony will take place July 28 at Alexander Stadium. According to a press release, Iommi will perform with acclaimed sax player Soweto Kinch during a “dream sequence” segment called “Hear My Voice,” which is based on the title track of the 2020 movie Trial of the Chicago Seven. The performance will also feature Birmingham-born R&B vocalists Indigo Marshall and Gambimi.

“It’s true, that I will be performing at the opening of the Commonwealth Games,” Iommi tweeted. “I’m very honoured to have been asked to do it and I’m really looking forward to the day! It’s such a great boost for Birmingham to have the games held here.”

The opening ceremony will also feature a variety of other noteworthy local musicians, including headliners Duran Duran, who will perform during the finale. The band, which will be inducted into the Rock & Roll Hall of Fame this November, will play four classic songs from their back catalog with accompaniment from the City of Birmingham Symphony Orchestra.

For more information about this year’s Commonwealth Games, visit Birmingham2022.com.