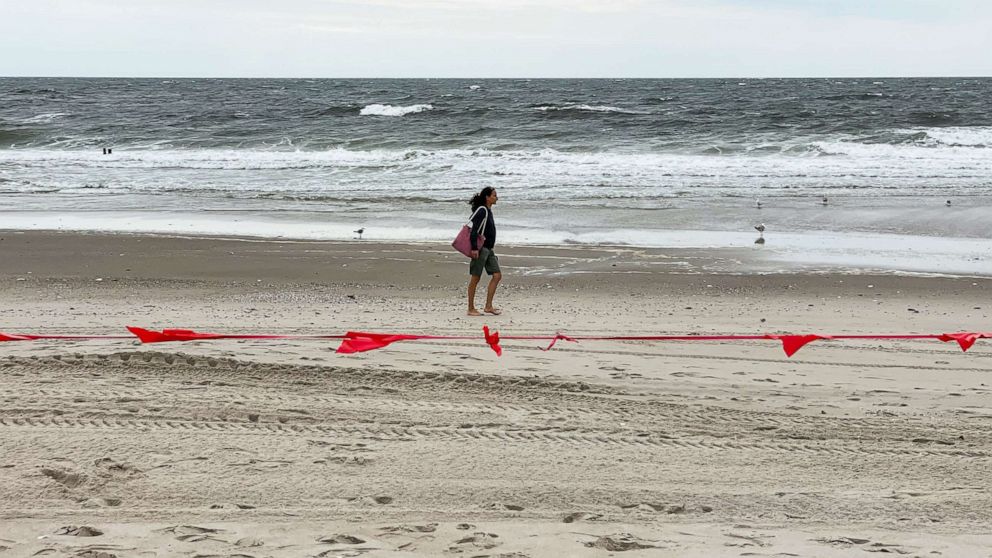 (NEW YORK) — Two shark sightings off Rockaway Beach have closed the entire stretch of some of New York City’s most famous beaches for swimming on Tuesday, according to the city’s parks department.

Rockaway Beach in Queens was closed to swimmers after sharks were spotted off both Beach 102nd Street and Beach 67th Street on Tuesday.

The NYC Parks Department said the beaches are closed to swimmers until it becomes safe to allow people back in the water.

NYPD Aviation is patrolling the area for sharks, according to the NYC Parks Department.

No attacks had been reported in the area as of Tuesday afternoon.

The Rockaway Beach closings come after a string of shark attacks off Long Island over the past few weeks.

Hochul directed state agencies to implement heightened patrols and surveillance of shark activity, including the use of drone and helicopter monitoring.

She added a direction to the agencies to expand public outreach efforts on shark safety resources and education in order to increase safety among beachgoers.

“As New Yorkers and visitors alike head to our beautiful Long Island beaches to enjoy the summer, our top priority is their safety,” Hochul said in Monday’s statement. “We are taking action to expand patrols for sharks and protect beachgoers from potentially dangerous situations. I encourage all New Yorkers to listen to local authorities and take precautions to help ensure safe and responsible beach trips this summer.”

The governor’s direction is set to increase drone resources for Long Island’s state beaches, and to increase the number of lifeguards on duty by 25%, according to her office.

As New Yorkers reach the halfway point of their summer season, shark sightings in the area seem to be growing.

There was only one report of a shark bite last summer — a lifeguard bitten in July — but there were 20 confirmed shark sightings off Long Island in 2021, a record for the area, according to Long Island officials.

That number was three times as many sightings as recorded in 2020, according to New York ABC station WABC.