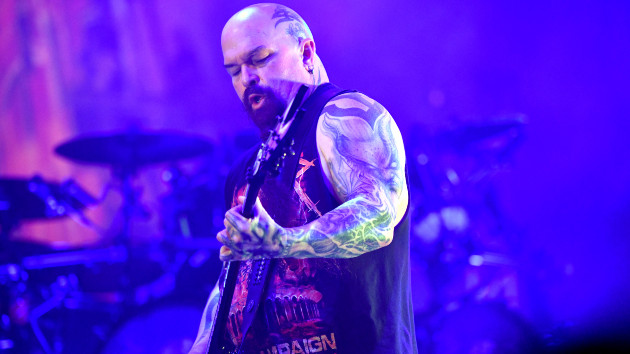 Slayer guitarist Kerry King is gearing up to share the details of his first project since the “Raining Blood” thrashers played their final show in 2019.

“You know me, so you know what it’s going to sound like,” King tells Metal Hammer. “I played this new song for a buddy, and I said to him, ‘If there’s anything I’ve written in the last few years that sounds like Slayer, it’s this.’ And he said, ‘That sounds like you could have pulled it off of any Slayer record.’ I actually made that riff up backstage at a Slayer show.”

While King is continuing to keep most of the details close to the vest, he does reveal that Slayer drummer Paul Bostaph is a part of the project.

“We just started rehearsing and the only person I can give away is Paul because I took him from Slayer and we work very well together,” King shares. “We didn’t start rehearsing until the end of March, and that was the first time since that last Slayer show at the end of 2019 that me and Paul finally got into a room together.”