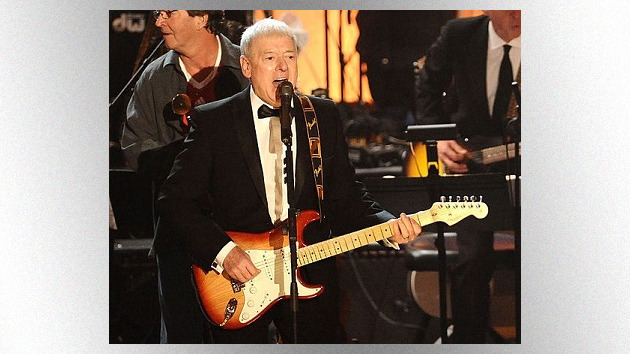 Clarke co-founded the popular British Invasion band in 1962 with his childhood friend Graham Nash. The group scored several top-10 hits in the U.K. before enjoying their first top-40 success in the U.S in 1965 with “Look Through Any Window,” which reached #32 on the Billboard Hot 100.

Around this time, The Hollies began finding success with original songs co-written by Clarke, Nash and guitarist Tony Hicks, including “Stop Stop Stop,” “On a Carousel,” “Pay You Back with Interest” and “Carrie Anne,” which reached #7, #11, #28 and #9, respectively, on the Hot 100.

Nash left the group in 1968, but The Hollies continued their chart success during the next few years.

Nash reunited with The Hollies for the 1983 album What Goes Around…, which included a top-30 cover of The Supremes‘ “Stop! In the Name of Love.”

Clarke retired from the music business in 1999. In 2010, he was inducted into the Rock and Roll Hall of Fame with The Hollies.

In 2019, Allan came out of retirement and released the solo album Resurgence. Last year, Nash revealed to ABC Audio that he and Clarke were working on a new collaborative album.