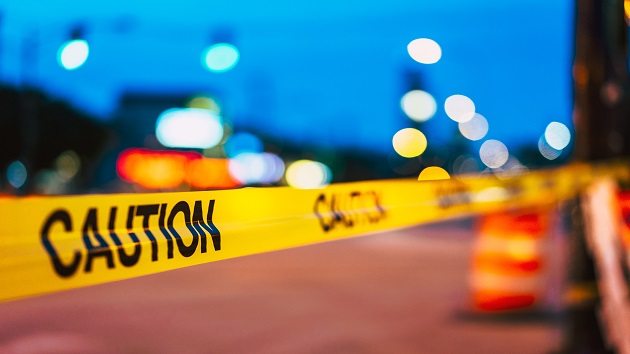 (SACRAMENTO) — At least 18 people were injured, six fatally, when a mass shooting erupted early Sunday in downtown Sacramento, California, and police said no suspects were in custody.

The Sacramento Police Department said several streets in downtown Sacramento just blocks from the state Capitol building and the Golden 1 Center where the Kings NBA team plays were closed as officers responded to the gun violence. The conditions of the victims were not immediately known, police said.

The shooting came just several hours after one person was killed and 10 people were injured when gunfire erupted at an outdoor concert in Dallas, Texas.

The Sacramento shooting broke out about 2 a.m. near the corner of 10th and K Street in a popular nightlife area, Sacramento Police Chief Kathy Lester said at a news conference.

Lester said police officers were in the area and heard the gunshot.

“We had a large crowd in the area. We don’t know if it was part of a club or an event,” Lester said.

In a statement Sunday afternoon, police said six people were fatally shot and another 12 were injured and taken to hospitals.

Lester asked for the public’s help in identifying the suspect or suspects involved in the shooting, saying no one was in custody.

“My son was a very vivacious young man, fun to be around, liked to party, have fun, smiling all the time, didn’t bother people. For this to happen … it’s crazy,” Harris told reporters at the scene. “I’m just to the point right now I don’t know what to do. I don’t even think this is real. I feel like it’s a dream.”

Community activist Berry Accius of Voice of the Youth said he arrived at the scene at about 2:30 a.m. after a city council member called him about the shooting.

“It was just horrific,” Accius told ABC affiliate station KXTV in Sacramento. “Just as soon as I walked up you saw a chaotic scene, police all over the place, victims with blood all over their bodies, folks screaming, folks crying, people going, ‘Where is my brother?’ Mothers crying and trying to identify who their child was.”

Video posted on Twitter showed people running through the street as the apparent sound of rapid gunfire could be heard in the background.

“Please avoid the area as a large police presence will remain and the scene remains active,” police officials said in a statement.

The Bureau of Alcohol, Tobacco, Firearms and Explosives said it is assisting the Sacramento Police Department in the investigation.

Sacramento police asked anyone in the area at the time of the shooting to submit to investigators any photos and video, or other evidence linked to the violence.

“This is a senseless and unacceptable tragedy. And I emphasize the word unacceptable,” Steinberg said. “Thoughts and prayers are not nearly enough. We must do more as a city as a state and as a nation. This senseless epidemic of gun violence must be addressed. How many unending tragedies does it take before we begin to cure the sickness in this country? Let us be honest, this is a sickness.”

California Gov. Gavin Newsom and his wife, Jennifer, issued a statement, saying he was monitoring the shooting and that his administration is working closely with law enforcement.

“Sadly, we once again mourn the lives lost and for those injured in yet another horrendous act of gun violence. Jennifer and I send our heartfelt condolences to the family, friends, and to the wider community impacted by this terrible tragedy,” Newsom’s statement reads. “What we do know at this point is that another mass casualty shooting has occurred, leaving families with lost loved ones, multiple individuals injured and a community in grief. The scourge of gun violence continues to be a crisis in our country, and we must resolve to bring an end to this carnage.”