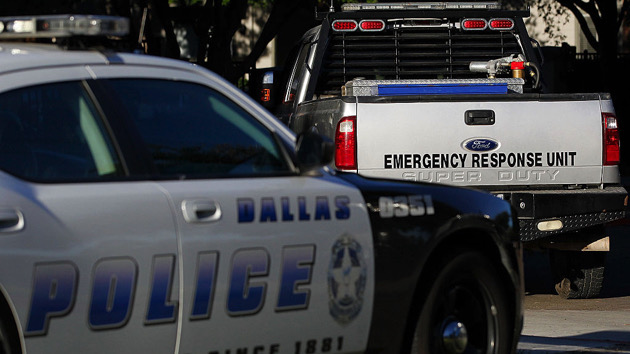 (DALLAS) — At least 12 people were shot, one fatally, when gunfire erupted at a concert in Dallas early Sunday, police said.

Three of the victims are juveniles, according to the Dallas Police Department.

The episode occurred several hours before another mass shooting broke out in downtown Sacramento, California, in which six people were killed and at least 10 others were injured.

Dallas police said investigators are working to identify the suspect or suspects in the concert shooting, but no one had been taken into custody as of Sunday afternoon.

The person killed was identified by police as 26-year-old Kealon Dejuane Gilmore. Police said Gilmore was found lying near the stage with a gunshot wound to the head and was pronounced dead at the scene.

Eleven other people were injured in the shooting and taken to hospitals in private vehicles. One of the victims was in critical condition while the others were in stable condition, police said.

The shooting broke out about 12:13 a.m. at a venue in south Dallas. Police said the shooting occurred at an event billed as a trail ride and concert.

“Upon arrival, officers learned that multiple victims were shot while attending a concert,” police said in a statement.

A flyer for the outdoor show said the gates were to open at noon on Saturday and that horses and ATVs were welcomed. Children aged 10 and under were to be admitted for free, the flier read.

Dallas police officers were expected to be at the concert for security and the event’s promoters noted that they were “not responsible for accidents or theft.”

A witness told WFAA that the event was “jam-packed” with people and that concert-goers started to run in all directions seeking cover and preventing police and emergency vehicle from quickly entering the scene to treat victims.

Police said the investigation is ongoing and that a motive remains unclear.

A reward of up to $5,000 is being offered by Crime Stoppers for information leading to arrests and indictments of the perpetrators, police said.