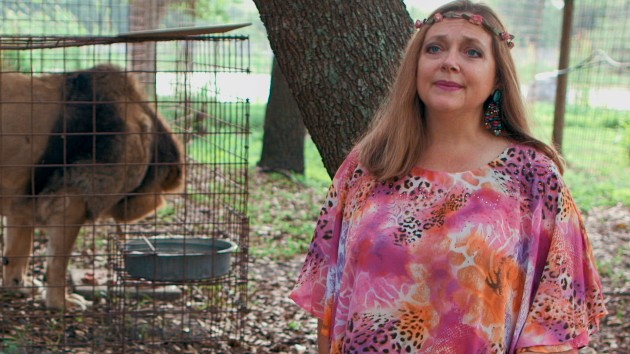 The big cat rights activist and her husband, Howard Baskin, filed a lawsuit on Monday claiming that their contract was breached by Royal Goode Productions for using the couple in the Netflix sequel to the Tiger King documentary series when, according to the suit, they signed releases for the first installment only, according to documents obtained by Variety.

As described by Netflix, “… the Emmy-nominated saga continues its twisted course with Tiger King 2 as newfound revelations emerge on the motivations, backstories, and secrets of America’s most notorious big cat owners. Old enemies and frenemies, including Jeff Lowe, Tim Stark, Allen Glover, and James Garretson return for another season of murder, mayhem, and madness. Thought you knew the whole story? Just you wait.”

Carole wants the streamer to remove all “unauthorized” footage of herself from the sequel, including the trailer.  She and her husband also sought to delay the sequel’s premiere, but a federal judge late Monday denied that request, according to Deadline.

Tiger King 2 is set to debut on November 17, which is just days after Carole Baskin’s new series, Carole Baskin’s Cage Fight, debuts on November 13 on competing streamer Discovery+. The new two-part docuseries will showcase Baskin’s life as a big cat activist and her investigation into the G.W. Zoo, which previously belonged to fellow Tiger King star Joseph Maldonado-Passage, also known as Joe Exotic.