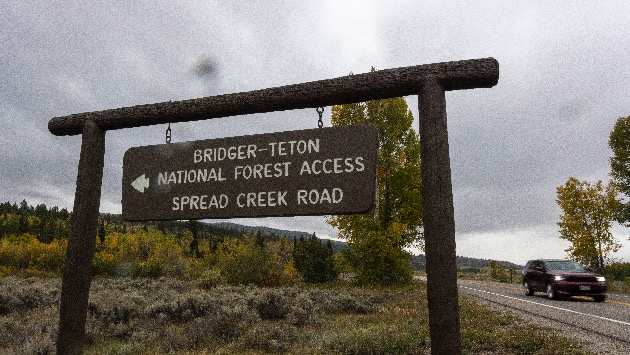 (TETON COUNTY, Wyo.) — A Wyoming coroner is expected to announce the results of an autopsy Tuesday on Gabby Petito, the 22-year-old travel blogger whose remains were recovered in September in a national park.

Petito’s boyfriend and cross-country traveling companion, Brian Laundrie, has been named by investigators as a person of interest in her death and is the subject of a massive nationwide search being directed by the FBI.

Teton County Coroner Dr. Brent Blue said in a media alert Monday night that he plans to discuss “the ruling on the autopsy of Gabrielle Petito.”

After Petito’s body was discovered on Sept. 19 in the Bridger-Teton National Forest near Jackson, Blue said the manner of Petito’s death was a homicide.

Blue’s announcement will come amidst a nationwide search the FBI is leading for Laundrie, who drew suspicion after returning to his parents’ North Port, Florida, home on Sept. 1 without Petito but driving her van, authorities said.