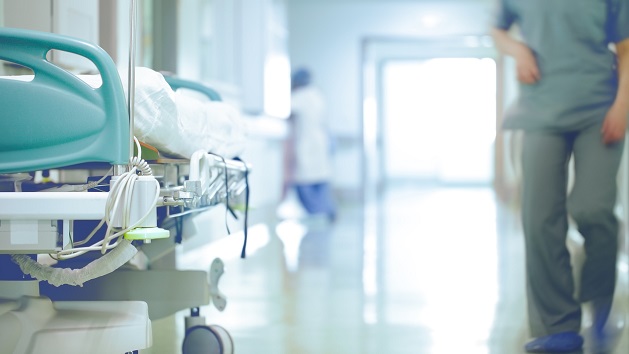 (MONTREAL) — A mom who went viral while sharing her battle with ovarian cancer on social media has died.

Dr. Nadia Chaudhri, 43, died on Oct. 5, according to Concordia University, where she worked as a neuroscientist and professor.

“Nadia was a force of nature,” Concordia president Graham Carr said in a statement. “She was an incredibly talented researcher with a passion for teaching and student success matched only by her commitment to diversity, equity and inclusion.”

Chaudhri, of Montreal, Canada, battled stage 3 ovarian cancer for the past year, undergoing a hysterectomy and several rounds of chemotherapy.

She gained more than 148,000 followers on Twitter during her cancer battle, which she bravely shared publicly.

@DrNadiaChaudhri passed away yesterday evening, having reached the end of her road with ovarian cancer. She leaves behind her Sun and Moon, a loving extended family, colleagues and students, friends around the world, and so many others who have been touched by her & her story 1/n pic.twitter.com/qf1q0Bfbj1

In May, when Chaudhri learned the cancer had returned, she shared on social media what it was like to tell her 6-year-old son that she was dying. On social media, she called her husband and son her Moon and Sun.

“My husband and I made the decision that we needed to tell our son what is going on because all the treatments are failing me,” she told “Good Morning America” at the time. “He already knew that I had cancer. He knew that I was still taking chemotherapy medication and trying to get better, but I don’t think he had a sense of how bad it is.”

Our hearts broke. We cried a lot. And then the healing began. My son is brave. He is bright. He will be okay. And I will watch him grow from wherever I am. Today was the hardest day of my life. Thank you for all for your love. pic.twitter.com/sCZFW9d8T5

Several months later, in September, Chaudhri went viral again with a series of tweets detailing the many months it took for her to get a diagnosis of ovarian cancer and what she wanted other women to know.

“Know your bodies,” Chaudhri urged women. “Pay attention to fatigue and changes in bowel/urinary tract movements. Make sure you understand all the words on a medical report. Do not dismiss your pain or malaise. Find the expert doctors.”

As Chaudhri gained followers on social media, she used her platform to educate people on ovarian cancer and the work and causes near to her heart.

Chaudhri, who moved from Pakistan to the U.S. at age 17 to attend college, raised money to allow young scientists to be able to continue the research she was doing on drug addiction.

She also turned her frustration with not being able to work into an opportunity to raise money for underrepresented scholars in her field.

Her efforts raised more than $600,000 and became the Nadia Chaudhri Wingspan Award at Concordia University, an annual scholarship to “support the training of neuroscientists from underrepresented backgrounds and honor Nadia Chaudhri’s legacy of academic achievement and mentorship,” according to the university.