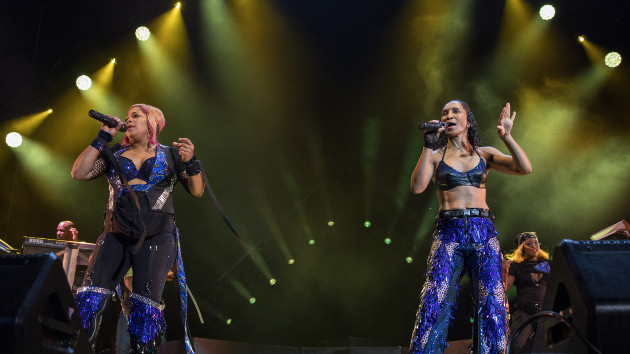 TLC﻿’s long awaited CrazySexyCool Tour had to be put on ice to allow T-Boz time to recover following an unexpected allergic reaction.

Taking to Twitter over the weekend, the Grammy-winning duo, comprised of Tionne “T-Boz” Watkins and Rozonda “Chilli” Thomas, announced that they had to reschedule their Saturday evening show in Houston.

“TLC has rescheduled the Saturday, October 2nd show at the Smart Financial Center in Houston, TX to Monday, October 4th,” the announcement declared. “Due to extreme cigarette and recreational smoke being present backstage at a previous show, T-Boz suffered an allergic reaction.”

The statement continued, “The group has always enforced a strict no smoking policy at their shows in an effort to prevent any health related issues for the group and/or crew.”

It was then announced that TLC also had to move their Sunday concert in Irving, Texas, to Tuesday, October 5.

“We are so excited to see all our TLC fans there!” the duo tweeted.

The CrazySexyCool tour, which kicked off September 3 in Alabama, is a celebration of the ladies’ 1994 album CrazySexyCool and will pay homage to the ’90s by featuring themes and fashion from the decade.

To date, CrazySexyCool has sold more than 14 million copies since its November 1994 release, making it the best-selling album by an American girl group. The album features the hits “Red Light Special,” “Creep,” “Diggin’ on You” and the group’s number-one classic, “Waterfalls.”