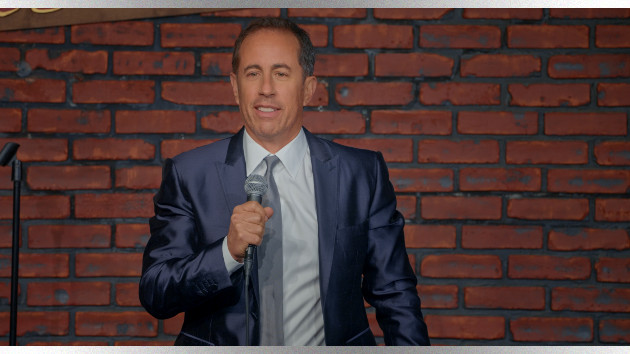 Jerry Seinfeld is sharing some of the comedians he’d love to have on his personal all-star comedy team.

When asked to name the top five “dead or alive” comedians that he’d put on his list of greats, Seinfeld begins with four legendary artists from the past.

“I would pick Harpo Marx. I would pick George Carlin, Rodney Dangerfield…and Flip Wilson,” Seinfeld tells ABC Audio, before noting that all those comedians have passed on.

Taking a moment to think about other comedians he’d love to add to his list that are still alive, Seinfeld decides to adjust his top five.

Noticeably missing from his group of comedic talent is what Seinfeld calls “a funny lady.”

“That’s a great idea,” he says of adding a female comedian to his list. He then chooses Saturday Night Live cast member and comic actress Kate McKinnon. “I love Kate McKinnon,” he declares.

Now, thanks to Netflix, all nine seasons of Seinfeld can be streamed online.