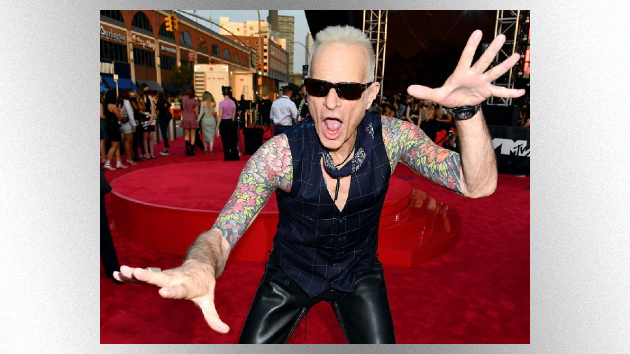 David Lee Roth has released his recent solo song, “Lo-Rez Sunset,” as a digital single, and also has debuted an animated music video for the quirky, acoustic-driven tune on his YouTube channel.

The surreal video features animated illustrations created by the Van Halen frontman, depicting Diamond Dave apparently stranded on a desolate beach accompanied by a frog-like creature, a horse and other critters.

Dave proceeds to head out to sea with his froggy friend on a rowboat he finds on the beach, but he eventually ends up back where he started. Near the end of the clip, he also happens to find a rocket ship on the beach, but perhaps his adventures are all just a daydream.

Meanwhile, after revealing during a backstage interview with Us Weekly at the recent 2021 MTV Video Music Awards that he had plans to play “Las Vegas on New Year’s,” Roth has now confirmed that he’ll be performing five upcoming concerts at the House of Blues Las Vegas, including shows on New Year’s Eve, New Year’s Day, and on January 5, 7 and 8.

Pre-sale tickets and VIP packages for the concerts are available now. Tickets go on sale to the general public starting Saturday, October 2, at 10 a.m. PT.