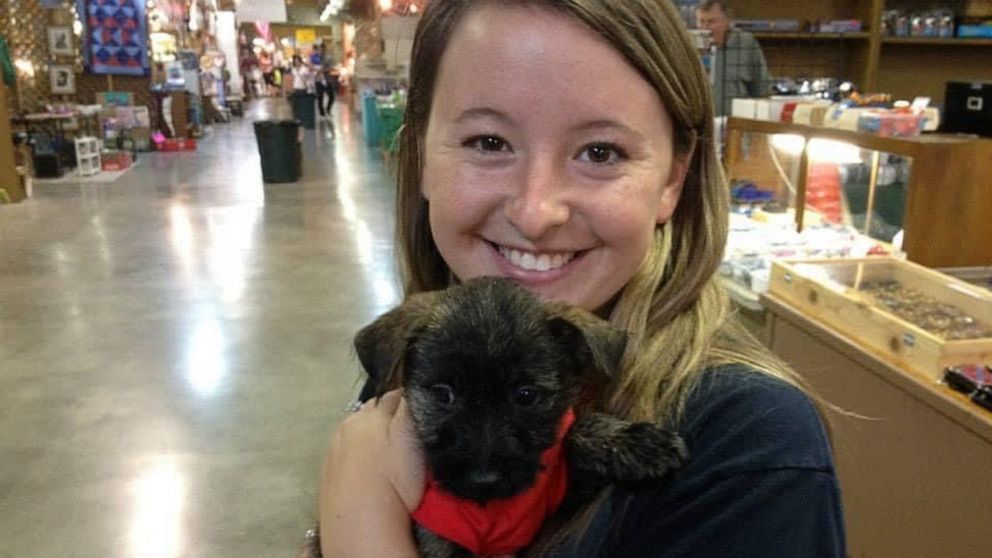 (NEW YORK) — She was an animal lover in Kentucky who was a “bright ray of sunshine” to all who knew her. He was a father of two and “young soul” in Florida who could often be found out on the water on his boat. They were excited about the next chapters in their lives — for her, a wedding; for him, his first grandchild.

Samantha Wendell and Shane O’Neal both also resisted getting vaccinated against COVID-19 for months, stemming from feelings of either fear or fearlessness, before deciding to make an appointment to get the shot. But before they could, they contracted COVID-19 and, following weeks of severe illness, died last month after doctors exhausted all options, their families said.

Their two tragic tales were shared publicly on social media and to news outlets by grieving family members trying to make sense of what happened, and maybe prevent others from going through the same loss.

They also represent a population that public health experts are still trying to reach, as millions in the United States remain unvaccinated against COVID-19 as the more contagious delta variant continues to spread.

Days after returning home from her Nashville bachelorette party in July, Wendell, a surgical technician from Grand Rapids, started to feel sick, her cousin, Maria Vibandor Hayes, told ABC News. Her fiance, Austin Eskew, also fell ill, she said, about a month before the two college sweethearts were set to tie the knot on Aug. 21.

Eskew recovered, but Wendell’s illness progressed to the point where she was having trouble breathing and needed to be hospitalized the second week in August, according to Vibandor Hayes. The next month was a “rollercoaster” of progress and setbacks, her cousin said. Wendell was moved to a hospital in Indiana, where she was put on a BPAP (bilevel positive airway pressure) machine to help with her breathing, but the week of her wedding she was intubated and put on a ventilator, Vibandor Hayes said.

After a few more weeks of ups and downs, Wendell’s condition didn’t improve and doctors told the family they had done everything they possibly could, her cousin said. She died on Sept. 10 from COVID-19 at the age of 29.

“I didn’t think that this would be our story,” Vibandor Hayes said. “Surely, we’re gonna have a wedding to attend before the end of the year, Sam is gonna wake up and she’ll be better and we’re going to celebrate and live life. But that was not what was the case.”

“I just never want another family to experience what our family has gone through, to say goodbye to somebody on the phone,” she said.

The couple had appointments to get vaccinated after Wendell returned from her bachelorette party, but then they both got sick, Vibandor Hayes said. They had previously hesitated due to concerns of infertility, but Wendell’s mother had encouraged them to get vaccinated ahead of their wedding and honeymoon, the cousin said.

Wendell was not alone in her fears of the vaccine — others have hesitated on getting the shot due to unfounded rumors that it might lead to infertility. Medical experts and the Centers for Disease Control and Prevention have stressed there is no link between the vaccines and fertility.

“Misinformation killed my cousin,” Vibandor Hayes said. “She is a smart young woman, she always has been. I feel like if she was able to look at things from another perspective and that if she had all the information at her hand, that she would have eventually not hesitated for so long.”

Shane O’Neal was an avid outdoorsman who could often be found fishing, jet skiing or hunting, his daughter, Kylie Dean, told ABC News.

The resident of Maxville, outside Jacksonville, wasn’t too concerned about getting vaccinated against COVID-19 — he mostly kept to himself on his boat when he wasn’t at his construction company, Dean said.

The “turning point,” she said, was the delta variant, which has fueled a surge of cases and hospitalizations, particularly in the Jacksonville area.

“He knew people affected by it, that it’s not something that’s going away, it’s actually coming back with a vengeance almost,” Dean said. “So that’s why he was like, you know what, I’m just going to go ahead and do it.”

The week O’Neal planned to get the vaccine, though, he tested positive for COVID-19 in early August, his daughter said. He was hospitalized a week later and eventually put on a ventilator. He was a good candidate for extracorporeal membrane oxygenation (ECMO) treatment, a last resort for COVID-19 patients, though his hospital didn’t have the machine available, Dean said. After she put out a plea for an ECMO bed, doctors were able to find him one. But his condition deteriorated, and he died in the early morning hours of Sept. 3 at the age of 40.

About 20 minutes after he died, Dean gave birth to her baby boy, O’Neal’s first grandchild.

“I literally broke down, hysterically crying,” Dean said of when she got the call that her dad was going to pass soon. “I didn’t want him to die alone.”

The family is still “in shock,” Dean said. Her father was young and had no comorbidities, but his illness progressed rapidly.

Dean, an intensive care unit nurse, hopes to improve access to ECMO therapy and has been speaking out to warn others about the virus and urge them to protect themselves. “It’s a monster and people need to be careful,” she told ABC News Jacksonville affiliate WJXX.

Wendell’s and O’Neal’s stories are akin to others shared by family members. Other recent reports of people who planned to get vaccinated but died after contracting COVID-19 include a 53-year-old former Texas councilman, a 39-year-old Illinois teacher, a 48-year-old teacher in Florida, and a 20-year-old college student in North Carolina.

Nearly all COVID-19 hospitalizations and deaths are among people who are unvaccinated, as health care workers and in some cases those hospitalized themselves plead for vaccination.

As of Wednesday, some 70 million people who are eligible to get the COVID-19 vaccine remain unvaccinated, according to federal data. Over 65% of those ages 12 and up are fully vaccinated nationwide, which is low considering the level of access to free vaccines in the U.S., Rupali Limaye, director of Behavioral and Implementation Science at the International Vaccine Access Center, based at the Johns Hopkins Bloomberg School of Public Health, told ABC News.

At this stage, two main forces may get someone who is hesitant vaccinated, Limaye said — one is hearing about someone regretting not getting the vaccine, the other a vaccine mandate.

“If someone they know themselves is dealing with a very severe case, and someone they know dies from it or they’re close to death, I think that tends to change their mind,” Limaye said. “Or the vaccine mandate, because then that’s sort of an economic sanction.”

Hesitancy continues to be fueled by safety concerns and distrust of the vaccine development process, as well as the belief that preventative measures are unnecessary, she said. Public health experts continue to work to dispel misinformation, but hearing personal stories could be impactful.

“If it is someone that you know where you can hear from a friend, ‘This is what happened to my mom,’ I think that puts it into perspective for people a lot versus just public health folks saying you should get it,” Limaye said. “I think it makes it much more real.”

Vibandor Hayes said she has received “hate mail” from strangers after urging people to get vaccinated, but wants to continue to speak out to help prevent another family from experiencing the same heartbreak.

“If this is the gift she has left us, to share with others, then that’s what we’ll do,” Vibandor Hayes said.