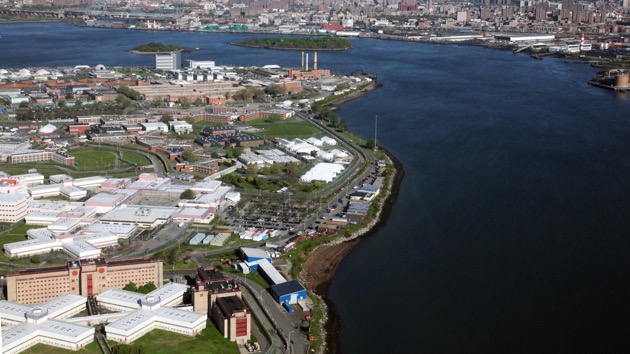 (NEW YORK) — Conditions at New York City’s jail complex, Rikers Island, are so bad that Manhattan District Attorney Cy Vance has directed prosecutors not to ask for bail in nonviolent crimes and when a defendant’s record does not demonstrate recent violence — even if it risks an increase in additional “low-level” crime.

The directive comes amid a spate of deaths and a culture of violence that have spurred calls for emergency action.

The district attorney’s office said the conditions at Rikers “are of deep concern” and “will inform our bail practices for at least the next few weeks.”

“We hope that the conditions on Rikers Island improve quickly,” executive assistant district attorney Joan Illuzzi said in a memo obtained by ABC News. “While we are duty bound to insure public safety, we are also aware that no one can avert their eyes from the conditions being reported at Rikers. In light of the conditions faced by those individuals detained at Rikers, we have endeavored to ensure that our practices are as equitable as possible, even though we understand that releasing some individuals may, unfortunately, lead to additional low level crime.”

In a follow-up email obtained by ABC News, assistant district attorney Andrew Warshawer said prosecutors won’t ask for monetary bail, for the time being, when: the crime is legally and factually nonviolent and doesn’t implicate risk of physical harm; and the defendant isn’t a violent felon and doesn’t have sex crimes or violent misdemeanor convictions within the last 10 years; and the defendant hasn’t failed to appear for the case.

Warshawer said the office will still ask for supervised release and other non-cash conditions.

“There are some low-level offenses where — I’ve said this for a long time — people do not belong in a jail setting. We can use supervised release, we can use a lot of other tools,” he said. “But when it particularly comes to anything regarding violent crime or serious crime, I would be very, very careful.”