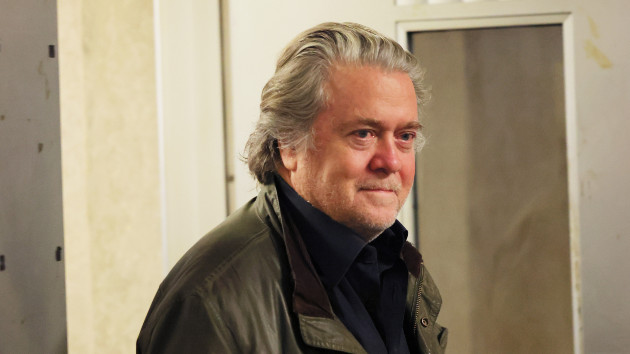 Bannon is charged with defrauding donors to the “We Build the Wall” campaign, which was an independent effort intended to raise money for former President Donald Trump’s signature policy project.

The Manhattan District Attorney’s Office said Bannon promised 100% of money raised would go toward building a wall along the U.S. southern border. However, he allegedly concealed his role in diverting some of the $15 million in donations toward the campaign’s chief executive, who had pledged to take no salary.

Bannon has pleaded not guilty to charges of money laundering, conspiracy and scheming to defraud investors.

Prosecutors said during a brief hearing Tuesday they had turned over four terabytes of evidence to Bannon’s defense attorney.

Schoen, who also represented Trump during his second impeachment, asked for 10 months to file motions, a request Judge Juan Merchan said was “not in the realm of reality.”

Instead, the judge gave the defense until Feb. 6 to file motions. Prosecutors have until June 6 to reply before the judge’s rulings in September.

A few protesters greeted Bannon as he entered and left court. He made no statements.