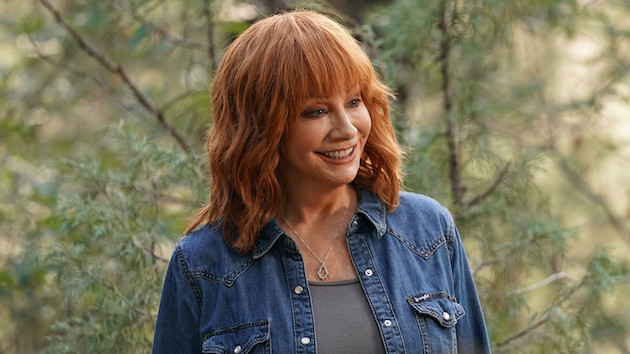 Reba McEntire made her Big Sky debut with the premiere of the show’s third season on Wednesday night, and one episode in, her character — Sunny Barnes — is even more enigmatic than she was in the previews.

Sunny — alongside her husband Buck, played by Reba’s real-life boyfriend Rex Linn — is the owner of Sunny Day Excursions, a glamping company in rural Montana, but there’s a dark secret lurking behind her cheerful facade. At least, that’s what’s strongly hinted in the trailers for the show, which center around a pair of detectives’ attempts to solve a series of missing person cases.

After the season premiere episode aired, Reba hopped on social media to ask fans what they think: Is Sunny the bad guy this season, or not?

“Alright, what do we think after watching? Is Sunny a villain or not?” the singer wrote on Twitter, along with a poll. Fans jumped into the comments section to share their thoughts and theories, and there were plenty of valid arguments for both sides.

To find out whether Sunny and Buck are at the heart of the disappearances, keep watching this season of Big Sky, which airs on ABC.