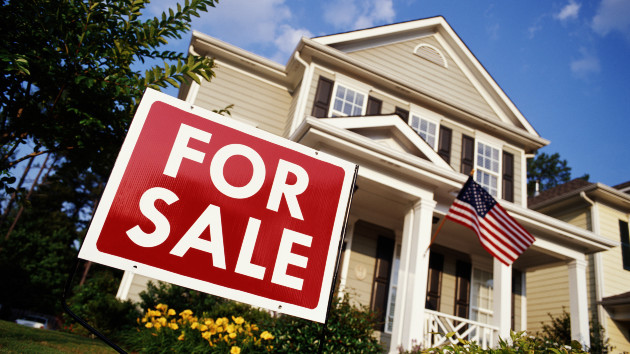 The Browns had been renting a two-bedroom apartment in Washington, D.C., when their now-6-month-old daughter was born. Eager to upgrade to a bigger space, the couple wanted to put their savings to use buying their first home.

But as they looked for a place to live this year — and watched mortgage rates, and their potential monthly payments, steadily climb — the couple lowered their budget from $500,000 to $400,000 and decided to put an offer on a home farther away from the city, with less space and fewer amenities.

“As the rates kept going up, we had to really bring down our budget and also be a little bit more realistic about what we were going to get for that budget,” Emily Brown, a high school math teacher, told ABC News.

Mortgage rates have more than doubled since January, lenders and real estate companies say, spurred by aggressive interest rate increases as the Fed attempts to curb high inflation. Many Americans searching for homes are lowering their budgets and making trade-offs — as they face higher monthly mortgage payments.

“Many homebuyers have dropped out of the housing market entirely because they can’t afford any home that fits their needs,” Daryl Fairweather, the chief economist at real-estate brokerage company Redfin, told ABC News.

As the Fed keeps hiking interest rates to try to tame historic inflation, mortgage rates have spiked to levels not seen since the 2008 financial crisis. And with the central bank expected to increase rates again on Wednesday — as inflation remains stubbornly high — some aspiring homeowners find themselves stuck on the sidelines altogether.

“The price of homes has jumped so much in the past year. Then you take into account the high interest rates, it’s really a tough position to be in as a first-time homebuyer,” Emily Brown said.

For the first time since 2008, the average rate on a 30-year fixed mortgage is now above 6%, Freddie Mac said last week. The financial services company Bankrate estimates that a borrower taking out a $300,000 loan at that rate is paying about $500 more every month than they were before the Fed increases, which began in March.

“Since interest rates have risen, I’ve had to reduce the amount that I can afford each month, depending on my down payment and what a monthly mortgage would be,” Simone Jacobs, a therapist in Silver Spring, Maryland, told ABC News.

After renting for seven years, Jacobs had hoped to buy a property as a longer-term investment. But rising rates and still-high home prices have kept her out of the market.

“If nothing comes up or there’s nothing that sort of is affordable, then, you know, I will just wait,” she said.

‘It did kind of put us in a pickle’

Wesley and Kimberly Robinson, both elementary school teachers, started building a new home for themselves and their two daughters in Rogers, Arkansas, last year, when interest rates were close to 3%.

“With the low interest rates, we thought, Hey, if we’re going to ever upgrade, now’s the time,” Wesley Robinson told ABC News.

But as the COVID-19 pandemic stalled construction and the Fed continued to raise interest, their mortgage rate ended up to 5% when they finally locked it in this summer — adding about $300 to $400 to their monthly mortgage payment, according to Wesley Robinson.

And now he fears higher mortgage rates might scare off buyers for their old home, which they have yet to sell.

“If now rates are like 6% or higher, do we need to like discount our home a little bit?” he asked. “We don’t want our home to sit there for weeks and weeks unsold. We kind of need the money.”

Fewer bidding wars as markets cool, particularly in the West

Real estate agents told ABC News that they are seeing homebuyers who had locked in low rates on their initial mortgages waiting to sell, amid the prospective of taking on costlier loans, which is keeping housing inventory low in much of the country.

“What we’re seeing now as a result of the rising interest rates is that you’re not getting as many offers as before,” said Jay Nix, a realtor in Washington, D.C., who worked with the Browns.

Less competition is leading to fewer bidding wars for those who are able to afford to buy, multiple real estate agents said.

“The good news is that you can get your offer accepted much more easily now because you’re not facing as much competition,” Fairweather, Redfin’s chief economist, said. “But the bad news is that the mortgage is going to be much more expensive.”

There are signs the housing market is beginning to cool in some parts of the country.

Redfin said Wednesday in a new report, provided first to ABC News, that Seattle’s housing market is slowing faster than any other in the United States, followed by Las Vegas and San Jose, California. The firm looked at changes from February to August, comparing metrics ranging from home prices and the number of pending sales to the total supply and the speed of sales.

The top 10 markets cooling the quickest were “almost all either West Coast markets that have long been expensive, or places that became significantly less affordable during the pandemic because they attracted scores of relocating homebuyers,” according to Redfin.

Rents on the rise

Hoping to buy someday, many prospective homebuyers remain stuck on the sidelines — grappling with high increases in rent.

Rent costs increased 6.7% in August from a year before, the biggest spike in nearly 40 years, according to the U.S. Bureau of Labor Statistics.

“If you wait a couple more years, your rent keeps going up,” said Redfin’s Fairweather. “And then you have to deal with the expense of higher prices and more competition in the housing market.”

For the Browns in Washington, that calculation convinced them to put in a winning bid on a home. They are set to close next month.

“We really just thought about if we continue to rent, you know, that money could go toward the mortgage,” said Emily Brown, whose husband is an Army veteran.