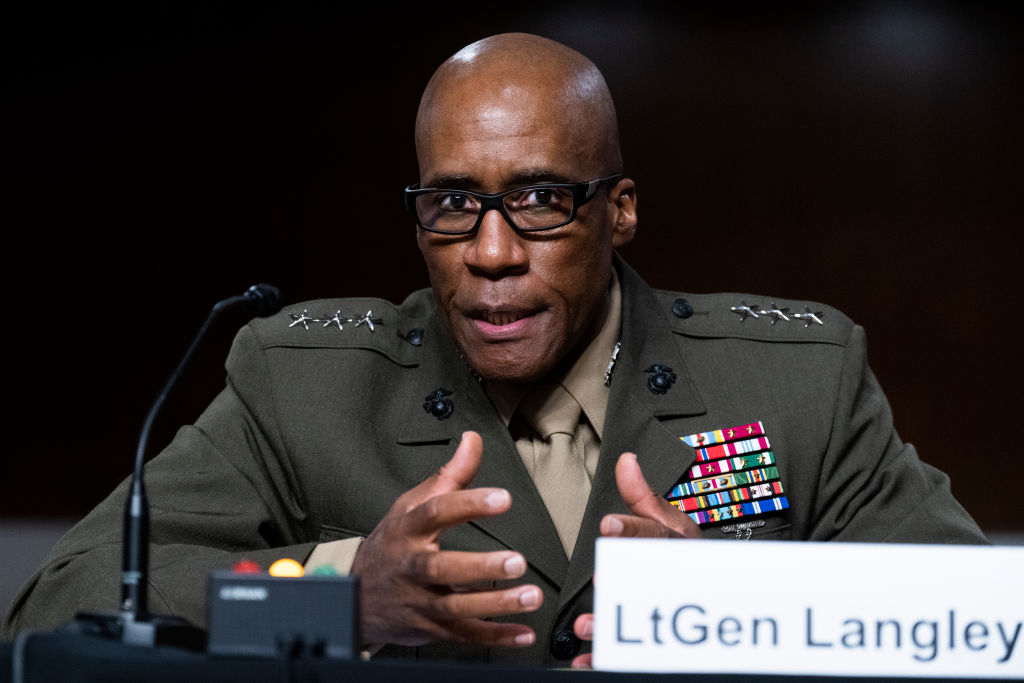 (WASHINGTON) — Lt. Gen. Michael E. Langley was confirmed by the Senate on Monday as a four-star general, making history as the first Black Marine to attain that rank.

“It is a great honor to be the president’s nominee to lead USAFRICOM. I am grateful to the trust and confidence extended by him, the secretary of defense, the chairman of the Joint Chiefs of Staff, and the commandant of the Marine Corps,” Langley said in the July Senate Armed Services Committee hearing.

In 1948, President Harry S. Truman issued another executive order that banned segregation in the armed forces. Executive Order 9981 was initially met with resistance from military personnel, according to the National Archives, but all units were eventually desegregated by the end of the Korean War.

Despite significant progress since the Marine Corps’ establishment, Black men and women are still underrepresentedin the Marines Corps senior leadership, according to a 2020 Council on Foreign Relations report. In 2016, the Department of Defense reported there were six Black general-ranking officers serving in the Marine Corps out of a total 87 across all racial demographics.

“Now, the global security environment we are witnessing today is the most challenging I have seen throughout my 37 years,” Langley said during the July hearing, referencing “global tensions” and other threats.

Nevertheless, he said, he is “enthusiastic to engage across the whole government to faithfully execute the policies and orders of the president and the secretary of defense.”