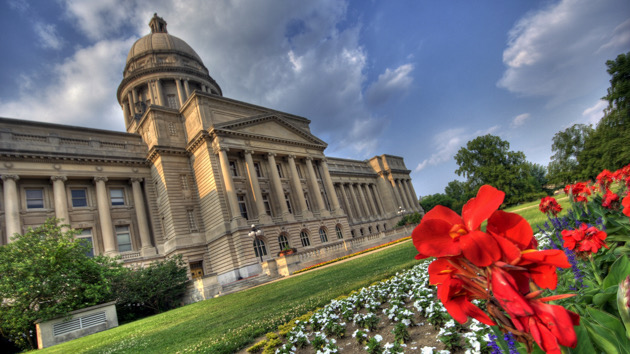 (FRANKFORT, Ky.) — Abortions have once again stopped in Kentucky after an appeals court reinstated two bans.

One ban, a so-called trigger law — designed to go into effect after the Supreme Court overruled Roe v. Wade in June — bans all abortions from the moment of conception.

It also makes performing abortions a felony punishable by up to five years in prison.

The other ban prohibits abortions after fetal cardiac activity is detected, which generally occurs around six weeks’ gestation, before most women even know they’re pregnant.

Neither ban allows exceptions in cases of rape or incest. The only exception is if the mother’s life is in danger.

An injunction preventing enforcement of the bans was issued June 30 and then extended on July 22 by a judge while a lawsuit filed by Planned Parenthood and EMW Women’s Surgical Center — abortion providers in Louisville — plays out.

“I appreciate the court’s decision to allow Kentucky’s pro-life laws to take effect while we continue to vigorously defend the constitutionality of these important protections for women and unborn children across the Commonwealth,” Cameron tweeted.

“Abortion is essential health care, and it is irresponsible and dangerous to prevent people from accessing the care they need,” she said. “Make no mistake — this ban goes beyond abortion. It is about who has power over you, who has the authority to make decisions for you, and who can control how your future is going to be.”

Gibson continued, “But it is my promise to the people of Kentucky that Planned Parenthood will never back down. We will always be here for you.”

The ACLU of Kentucky, which is representing EMW Women’s Surgical Center in the lawsuit, said the clinic will stop providing abortion care while the case in ongoing.

The organization also said in a tweet it will be appealing the decision to the state’s Supreme Court on Tuesday, writing, “We won’t stop fighting for your right to make the best decisions for yourself because no person should ever be forced to remain pregnant against their will.