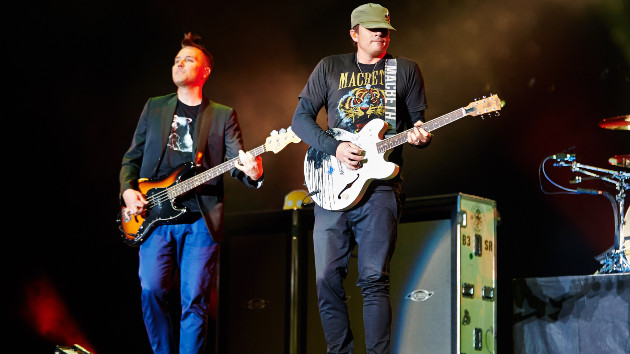 Blink-182‘s Mark Hoppus says “there’s no news to share” amid speculation that Tom DeLonge could be rejoining the band.

“There’s no announcement,” Hoppus writes in a post on his Discord page, as seen by Rolling Stone.

Blink fans began speculating about a lineup change after current guitarist/vocalist Matt Skiba commented on his Instagram about his current status with the group, sharing, “Your guess is as good as mine.” Further fuel was added to that fire after DeLonge shared a throwback photo of him, Hoppus and Travis Barker, and updated his Instagram bio to include Blink-182 along with his Angels & Airwaves project.

In his Discord, Hoppus assures fans that any official announcement regarding Blink will be made on “the official Blink-182 outlets.”

“Not teased on a radio station like ‘tune in for a major announcement…Tom tagged Mark in a photo from two decades ago,'” Hoppus says.

Meanwhile, Blink-182 just launched a new collection of merch to celebrate the band’s 30th anniversary. Hoppus and DeLonge co-founded Blink in August 1992 alongside drummer Scott Raynor, who was later replaced by Barker. DeLonge left the group in 2015 and was replaced Skiba.