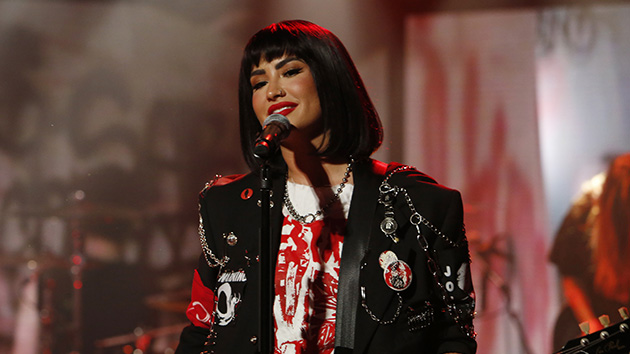 Demi Lovato and That ’70s Show alum Wilmer Valderrama called it quits in 2016, but it appears the “Sorry Not Sorry” singer is not done talking about their ex.

To recap, Demi and Valderrama met in 2010 — when the Grammy winner was 17 and he was 29. They dated for about six years before breaking up for good in June 2016. The two have since maintained there’s no bad blood between them, but a new song from Demi has fans thinking otherwise.

In anticipation of their new album, Holy Fvck, due out August 19, Demi teased a forthcoming track called “29” on their Instagram Story. Fans immediately picked up on the lyrics, which seem to be unmistakably about their controversial relationship.

TikTok fan account @demi_artistry reposted the sound clip, which contains the lyrics, “Fibre on the vine/ Too young to drink wine/ Just 5 years of bleeders/ Student and a teacher/ Far from innocent/ What the f***’s consent?/ Numbers told you not to/ But that didn’t stop you!”

Demi continues to belt, “Finally 29/ Funny, just like you were at the time/ Thought it was a teenage dream, just a fantasy/ But was it yours? Or was it mine?/ Seventeen, 29!”

While the “Anyone” singer has yet to confirm the song is explicitly about Valderrama, fans say the lyrics are obvious.

In addition, Lovatics have dug up an old Demi interview with Harper’s Bazaar from 2020 — shortly after the actor wed model Amanda Pacheco ﻿– where they said that, while they’re happy for Valderrama, “We’re not in each other’s lives, haven’t spoken in a long time.”

The singer also said, “When you get into a relationship with somebody at that young of an age and then you spend six years with somebody, you don’t really get to learn about yourself.”